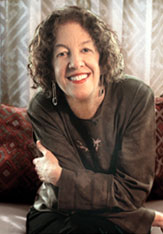 This best-selling author, therapist, wife and mother has been helping women help themselves for over three decades.

Whoever said “you can’t get something for nothing” never met Harriet Lerner’s mother.

Rose Goldhor raised her daughters on free visits to Brooklyn’s Museum of Art, Botanic Garden and Public Library. Clearly, she knew how to spot a great bargain. So when the family qualified for HIP (Health Insurance Plan) in 1947, Goldhor took advantage of the $1 copayments and signed both of her toddlers up for psychotherapy.

Analysis, she believed, was a form of education, just like exposure to art, nature and literature. Why not benefit—especially when it only cost a buck? Little did she know how much something she would ultimately get for next to nothing.

“I’ve wanted to be a clinical psychologist since I was 5 years old,” says Lerner, 59, who not only reached her childhood goal but went on to become a specialist in women’s psychology and a best-selling author of self-help books such as The Dance of Anger (Quill). “Unlike others who considered therapy a last resort for the mentally ill, my mother considered it a learning experience. My parents were allergic to Jewish rituals and observance but they had strong ideas about what it meant to be a Jew: You were supposed to be brilliant, you were supposed to change the world, make a difference and get a good education.”

And Lerner has made a difference in thousands of women’s lives. “When I read her I feel like I’m listening to a really smart friend,” says Kate Spencer, editor of Imagine magazine, who recently hired Lerner as a columnist. “She has this compassionate wisdom and isn’t afraid to say ‘You know what, I’ve made mistakes, too.’ When people have reached the level of success that she has others can be intimidated, and she brings it right down to ‘Hey, I’m right on the same path with you.’ I love that about her.”

“I don’t get courage from James Bond-type larger-than-life figures with all their imperfections airbrushed out,” Lerner says as she adjusts the reading glasses hanging from her neck. “I want my readers to know me as the klutzy, flawed, mistake-prone person I am, as well as seeing my wisdom.”

Inspirational lessons from Lerner come in the form of colorful stories lifted from patients, friends, family and her own experiences. In a section entitled “The Gift of Gaffes,” part of her latest book,Fear and Other Uninvited Guests (HarperCollins), she regales readers with her comical faux pas when learning to manage her fear of public speaking. Like the time she gave a lecture in Berkeley, California, and tossed her head in an “infelicitous fashion,” snagging an earring on her wool suit jacket. Her right ear was pinned to her shoulder and despite her best efforts she could not extricate herself. After several moments of silence, a relative in the audience ran up on stage to release her from “a position that I have otherwise assumed only while doing neck rolls in yoga class.”

And then there was the presentation in Chicago when her notes slid off the podium and she spent the first five minutes rearranging unnumbered pages. Once she regained control, the laser pointer broke and her shoulder pad shimmied its way up under the silk blazer and over to her neck. When the speech finally ended and she prepared to exit the stage, several women in the audience approached her simply to say thank you for being so real. If you can do it, they said, I can do it.

The take-home advice? Stop viewing goof-ups as intolerable humiliations. Bumbling can be powerful.

Though she protects patients’ identities with pseudonyms in her books, her family is free game—and they know it. Lerner and her husband, Steve, 60, have two sons—Matt, who is 28 and a computer scientist, and Ben, 24, a former Fulbright scholar now living in his mother’s native Brooklyn and working with high school students in Harlem.

When The Mother Dance was published in 1999, Matt and Ben, Brown University students at the time, insisted on having copies sent to them at school. But any worries that she may have upset them were quelled when her doorbell rang and there was a flower delivery with a note that read: “Congratulations, you couldn’t have done it without us.” Then Ben called and demanded 50 percent of the royalties.

Writing may be her passion, but therapy tethers her to the earth. In fact, there is a symbiotic relationship. “Therapy is my primary identification,” Lerner says. “If I were not doing therapy I think I would lose the fire in the books. I would still have things to write about, but it wouldn’t be as alive to me.”

Surprisingly, writing doesn’t come easily. Every morning she’ll sit at her computer only to “write, rewrite, get stuck, unstuck, stuck again and then revise the revisions of revisions.” While each book has been a challenge, the most difficult was Fear and Other Uninvited Guests, written in the aftermath of 9/11. It was the first book for which she needed to ask for an extension.

“I think we are invited to feel continuously anxious by television and the current administration,” she says. “September 11 was profoundly important because it broke down our national denial that violence and terror only happens over there. Even when it happened in Oklahoma City, New Yorkers, I am sure, felt it happened ‘over there.’ It is a challenge when fear is put in your face to live with clarity and courage and say what you need to say and go where you need to go and not be robbed of the present moment because of your catastrophic images of the future. Fear and suffering have always been uninvited guests. They have always been with us, we have always been dealing with uncontrollable forces and people have always learned to move forward with courage and hope. And we need to live our lives as well as possible, which is why I wrote the book. It’s not fear that hurts us. Fear is simply an emotion that careens through our body and makes us totally miserable. But we need to be our best selves despite fear.”

Lerner credits her parents for fueling her drive to success, to being her best self. They had lofty aspirations for her, hardly uncommon for Jewish parents. As a senior at Midwood High School in Brooklyn she won a scholarship to the University of Wisconsin and spent her junior year in India on a government research grant. After college, she received a master’s degree in educational psychology from Columbia University and went on to the City University of New York where she graduated with a Ph.D.—and her husband, Steve Lerner, a classmate and now a therapist as well.

When it came time to apply for postdoctoral fellowships the Lerners were a package deal and the Menninger Clinic, a psychiatric hospital in Topeka, Kansas, offered positions to both. “Moving to Kansas was going to be something very wild, equivalent to my having lived in India and Steve’s having lived in Taiwan,” she says with mock excitement. “We were sure we would only be there for two years.”

Three decades later, they still haven’t left. Lerner, who speaks slowly and deliberately in a calm, almost hypnotizing tone, explains that until they moved to Topeka she never realized how much she took two integral parts of herself—Judaism and feminism—for granted. “In Kansas,” she says, enunciating each word like a kindergarten teacher about to impart a lesson, “necessity became the mother of comprehension.”

A visit to her son’s school one day served as a wake-up call. “I was asked to talk about Hanukka and the teacher introduced me by saying ‘This is Matt’s mom and she is here to tell us about the Jewish way to celebrate Christmas.’ I was startled. I didn’t know what to say. But that experience helped me to consolidate my Jewish identity. And I’ve realized that the older I get, the more culturally Jewish I feel.”

Similarly, this was a consciousness-raising time when it came to women’s issues.

“Living in New York, I never really ‘got’ feminism. I’d say, ‘What does this have to do with me? I am a woman, I have never been oppressed, I’ve never been unfairly treated, I’ve got my Ph.D.’ But in 1972, feminism had not yet reached Kansas and I realized that the women there were being taught such dreadful theories—that a life of domesticity was the only path to follow and if [a woman] had ambitions that were different than being a wife and mother or in addition to being a wife and mother that those were ‘masculine phallic strivings’ and she needed therapy to accept her sacred calling. In fact, I was even ‘diagnosed’ as having penis envy because I was a feminist and wore earrings that dangled down.”

And so she decided to specialize in the psychology of women and began to publish articles in an attempt to convince her colleagues to think differently about women’s issues. But trying to inspire such monumental change, especially as a young professional, proved to be a monumental challenge.

“For a long time I was the only person using the F word [for Feminism] and it was terribly lonely,” Lerner admits. “I come from a family where differences were appreciated so if things upset me I would come out with my guns blazing. It took a great deal of wisdom and courage for me to be quiet and get a lot of bite marks on my tongue, to choose my battles and learn to be strategic rather than spontaneous.”

Personal experience with anger management along with her belief that the emotion was “so taboo, so pervasive and so important” led to the publication of a small nonacademic piece in a Menninger newsletter. Shortly afterward, she received a call from Helen Gurley Brown, then editor of Cosmopolitan magazine, who offered her $3,000 for permission to reprint the article. Given that it was about half her salary at the time, Lerner equated the proposal to asking a drowning man if he’d like some air, and with as much composure as she could muster, thanked Ms. Brown and agreed to the deal.

After the piece ran, a New York publishing house offered her $17,000 to write a book on the subject. Though that deal fell through and a five-year rollercoaster ensued, the Dance of Anger hit stores in November 1985. Nearly 20 years, three million copies, a New York Times best-seller list and 30 foreign-language editions later, it’s still jitterbugging off the shelves.

Not surprisingly, the success of Anger led to an entire Dance series with follow-ups including The Dance of Intimacy, The Dance of Connection and The Mother Dance (all published by Perennial) andThe Dance of Deception (Quill). She has published two children’s books (Franny B. Kranny, There’s a Bird in Your Hair and What’s So Terrible About Swallowing an Apple Seed?, both HarperCollins) with her sister Susan Goldhor.

Magazine articles, speaking engagements, book tours and a full-time therapy practice fill up the remaining holes in her work schedule. In her free time, Lerner loves to travel, read fiction and “schmooze with my friends.”

She dedicated Fear and Other Uninvited Guests to her personal hero, her mother, Rose, who passed away while Lerner was writing the book. No doubt she was proud of her daughter’s dance—the path she has blazed in helping both women and men to navigate relationships, find balance and fulfillment in their lives and appreciate the healing power of laughter.

Now isn’t that something?