Inside Hadassah: Movers and Shakers
by Ruth G. Cole
November is a month of remembrances: the anniversary of the 1947 United Nations vote to partition Palestine into Jewish and Arab states and, this year,

Books: Shedding Old Light on New Events
It is not surprising that Marek Halter was drawn to write about the colorful but enigmatic historical figure of David Reubeni. Halter, a 71-year-old Polish

Brief Review: A Martyr and the Robbery of the Century
Film Blessed Is the Match: The Life and Death of Hannah Senesh Director Roberta Grossman’s documentary beautifully dramatizes Hannah Senesh’s attempt to save Hun­garian Jewry

Cut & Post
Noah’s Ark Comes Alive in an Enchanted Forest From the age of 6, Neil Goldberg dreamed of realizing his “artistic inclinations.” Not surprisingly, the once

Editor’s Wrapup: Controversial
by Alan M. Tigay
Controversies used to be simple. Rabbis in Israel and the diaspora once argued over “Who is a Jew?” But after Israel’s High Rabbinic Court ruled

President’s Column: Raising the Volume
by Nancy Falchuk
Natan Sharansky tells the story of how he first heard our name. During his imprisonment, he briefly shared a cell with a Communist Party official

Medicine: Breaking the Chain
by Wendy Elliman
The birth of twins at Hadassah who do not carry their mother’s mutated BRCA gene is not only a medical breakthrough, it offers hope for 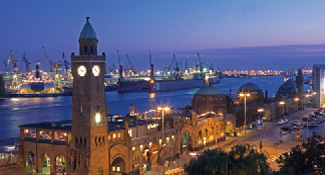 The Jewish Traveler: Hamburg
So many of our foremothers and fathers passed through this city en route to the New World, and a visit here will reveal several of
Page 1 of 3123NEXT PAGE »