Inside Hadassah: Notable New Initiatives; a Tribute to a Friend

Passover is coming—the holiday when we celebrate Jewish freedom around our Seder tables. “Inside Hadassah” highlights a Seder that Hadassah women in Fresno, California, brought to a women’s prison. We also focus on Hadassah medical firsts, a congressional swearing-in-day event and a loving tribute to renowned singer-songwriter Debbie Friedman, whose cherished legacy is entwined with our Hadassah heritage. We also want to remind you to support our Centennial Key campaign as well as our new Hadassah Magazine Circle of donors. Your contribution to the magazine will help ensure its quality and vitality (“President’s Column,” and then click here to learn how to join the circle). Have a sweet Pesah. —Ruth G. Cole

Sheila Derman and Sheila Lebowitz are not easily deterred. The two women, both Hadassah national board members, have enjoyed attending the congressional swearing-in day in past years as part of a Hadassah delegation. This year, though no official Hadassah program was planned, the two Sheilas resolved to make it happen. For this grass-roots initiative, Derman and Lebowitz gathered 20 Hadassah members and Associates from five states to meet in Washington on January 5 to participate in the day’s ceremonies and celebrations. “We had a marvelous time,” Derman said.

They began the day with Senator Benjamin L. Cardin (D-Maryland), who had offered his office as a meeting place for the group. He greeted them warmly and ensured that his staff was available to help them in any way.

A highlight of the day, according to Derman, was attending a private reception for Senator Barbara Mikulski (D-Maryland), where Mikulski was honored as the longest-serving woman in the Senate. Mikulski, a Hadassah member, saw the signature red folders of the Hadassah delegates and approached Derman at the event, asking if she was with a Hadassah group. “The senator said to me, ‘I cannot tell you how touching it is to me,’” Derman reported, “‘because you are the people who really matter.’”

To celebrate this milestone, order a key for yourself or as a gift. Please send a check for $100 to Hadassah Fundraising Services, 50 West 58th Street, New York, NY 10019 or go online towww.hadassah.org/centennial. 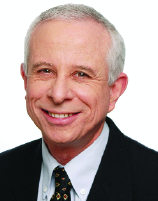 Under One Roof
In a move to unify its services, the Hadassah Medical Center has established the Integrated Institute for Liver and Digestive Tract Diseases. Opened in March, it is headed by Dr. Ran Oren.

To enhance the institute’s effectiveness and capabilities, the medical center’s management set aside a budget to recruit outstanding personnel, purchase advanced equipment, further research and support teaching in these specialized disciplines. Dr. Oren came to Hadassah from the Tel-Aviv Sourasky Medical Center, and is joined by Dr. Yael Kopelman, from the Hillel Yaffe Medical Center in Hadera, who is serving as the institute’s director of the invasive endoscopy unit.

“My challenge,” said Dr. Oren in the days leading up to the opening of the institute, “is to quickly form a dynamic and professional team to staff this visionary new institute…. We will utilize the 21st century’s technological advances and pursue research for people who approach us with their liver and digestive tract problems.”

A Lesson in Freedom
Several times a year, a group of women from the Fresno, California, chapter of Hadassah celebrates Jewish holidays with inmates at the Valley State Prison for Women in Chowchilla. One of these events—which began 10 years ago—takes place before Passover with a pre-holiday Seder.

The visitors pass through the prison’s security checkpoint with Passover foods and Haggadot in tow. According to Francine Farber, who participated last year, the inmates who attended represented a “truly diverse group” in age—ranging from midtwenties to midseventies—and ethnicity, as Asian and Hispanic women gathered at the Seder.

“The women earnestly thanked us for providing a special experience for them,” said Farber. “It was special for us, too, not only for the time we spent with this unusual population, but also as a reminder to be exceedingly grateful for our favored lives in a season which celebrates…freedom.”

Caring for Children
On a stormy day last December, 40 Filipino families braved the weather to visit the Philippine Embassy in Tel Aviv, where doctors from Hadassah–University Hospital on Mount Scopus had set up an ad hoc clinic, offering free medical checkups and flu shots for children.

The arrangement was the result of the reunion of two high school classmates: Dr. Virginia S. Kharasch, a Boston pediatric specialist spending a sabbatical year at Hadassah Hospital with her husband, Dr. Sigmund Kharasch, and Petronilla Garcia, the Philippine ambassador to Israel.

Children of Filipino workers do not receive standard vaccinations in Israel, as they are not covered by the country’s national insurance plan.

The Kharasches approached Dr. Eitan Kerem, head of the Department of Pediatrics at Hadassah–Mount Scopus, who was eager to help. “We believe that children who live in our country have a right to basic medical care—and our doctors are setting out to provide it,” he said.

Hadassah now plans to reach out similarly to children in Jerusalem, Haifa and Beersheva. Dr. Shlomo Mor-Yosef, director general of the Hadassah Medical Center, noted: “The Hadassah pediatricians who lent their support and volunteered for this effort represent all we believe in, all we stand for.”

Remembering Debbie Friedman
The first time Debbie Friedman was scheduled to perform at a Hadassah national convention, in the early 1990s, the banquet was running behind schedule and her friend, national board member Barbara Spack, had to talk her into sticking around much later than planned to take the stage. Fortunately, Friedman was convinced to stay and perform; that night she won the heart of Hadassah.

Friedman died in January at the age of 59 in Orange County, California, due to complications from pneumonia. She is sorely missed not only by Hadassah members and Associates but by two generations of Jewish people to whom she introduced Jewish music and liturgical songs. She was a composer and a songwriter with over 20 albums to her name, among them The Journey Continues

,Live At The Del

, And You Shall Be A Blessing

and Water In The Well

She played to sold-out audiences at Carnegie Hall in New York and performed at concerts across the country, pouring her heart into her songs, often only accompanied by her guitar. Friedman’s lyrics and melodies are ubiquitous at Jewish camps and liberal congregations throughout the United States. “Music can touch people’s hearts and souls, and that’s what she did,” said Nancy Falchuk, Hadassah’s national president. “It’s truly amazing how one person can reach so many people through passion and through song.”

Within Hadassah, Friedman is remembered for her appearances at national conventions in New York, where the energy during her shows was palpable. Feeling inspired and impassioned, people, encouraged by Friedman, joined her onstage to dance. Often there were few dry eyes by the end of the show.

Arguably, however, her greatest contribution to the organization may be the album of a dozen songs she wrote and mixed for Hadassah’s family-education curriculum, Training Wheels, Al Galgalim. (In fact, she came up with the name during a brainstorming session at Hadassah House in New York.) Her music became an integral part of the course; Shirim Al Galgalim: Songs on Wheels was released in 1998. “Her gift to our Training Wheels program for young children, a collection of delightful songs, introduced a new generation to the beauty of Jewish holidays and culture and Hebrew,” said Marcie Natan, Hadassah national president-elect.

Friedman was a mentor for Jewish musicians; she encouraged them to pursue what she knew first-hand was a challenging but rewarding career path. She was a song leader who started her career in the early 1970s at the Union for Reform Judaism’s Olin-Sang-Ruby Union Institute summer camp, but she also became an educator, not only teaching music but teaching people about Judaism and bringing them closer to God through music.Friedman was especially passionate about enabling Jews, even those who knew no Hebrew and were unfamiliar with the prayer book, to use music to connect to prayer and incorporate it into their lives.

As a fitting tribute to the woman whose songs inspired thousands, the Hebrew Union College–Jewish Institute of Religion has renamed its music school, where Friedman taught since 2007, The Debbie Friedman School of Sacred Music, thanks to a generous endowment by her friends.

“Everyone has a feeling they knew Debbie and that she knew them well,” said Spack. “She shared of herself wholeheartedly and unflinchingly. There was nothing ever phony about her. You could come away thinking ‘This is my new best friend. She cares, she understands, she gives me strength just talking to her.’”

“Debbie Friedman touched generations of Hadassah women through her songs, her embracing warmth,” said Natan. “Her ‘Mi Shebeirach’—her song of healing—encouraged our members to express their caring and concern for others and acknowledge their own frailties.”

From the children who learned to light Shabbat candles to the music of “Shabbat Shalom Blessings” to the women and men who prayed for the first time using her lyrics and melodies, Debbie Friedman left an indelible mark on American Jewry. “She will be a part of our lives forever,” Natan added