Inside Hadassah: Our Work, by the Numbers 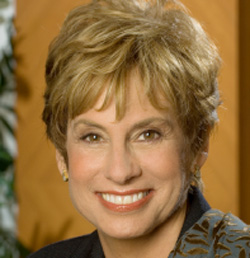 If you have ever wondered about the scope of treatment or number of patients seen at our hospitals, or about the research done by our internationally renowned physicians and scientists, then we have some statistics that will turn your wonder to awe.

Our two hospitals witnessed the births of more than 10,000 babies in the last year, and more than 130,000 patients arrived in our emergency rooms. These are just two examples we share with you of the numbers behind the efforts to maintain Hadassah’s two Jerusalem hospitals as beacons of healing in the Middle East—to all patients, regardless of religion or ethnicity.

And we have another Centennial to celebrate in the coming year. Hadassah Magazine began life in 1914 as the “Hadassah Bulletin,” a typewritten report of the two-year-old group’s fundraising for the health and wellness initiatives they were spearheading in prestate Israel.

And here we are, 100 years later and still sending out reports on our lifesaving work in Israel, where we remain as committed as ever to building bridges to peace through medicine.

Judaica metal artist Aimee Golant had the opportunity to pair her jewelry making craft with her passion for Hadassah—she is a fourth-generation life member—when she was asked, in 2008, to create a pin for the Chai Society fundraising launch for the Upper Midwest region. The hai design she came up with, in pewter, bronze and silver for different levels of giving, has proven so popular that the Pacific Coast, Great Plains and Central States Regions have incorporated the pins into their Chai Society fundraising. 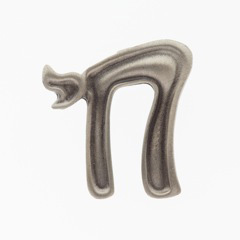 Golant is a San Francisco-based artist and belongs to the Diablo Valley Chapter of Hadassah. She notes that the hai pin—which can also hang from a chain as a pendant—has been a particularly effective fundraising tool among young members. “We have been successful,” Golant explains, “with mostly a younger generation of women who choose to make an impact at the annual giving level between $180 and $540.

“Hadassah,” she continues, “does the valuable work of advancing health care while supporting a diverse population in Israel, and I am excited that my work will help our endeavors.”

To learn how your region can launch hai pin fundraising, contact Golant at 415-682-7128; https://aimeegolant.com.

Truly a woman of the South, Mindy Bloom is a different kind of steel magnolia. This “Bloom” is unique. She’s kind and caring with a touch of charisma and a great sense of humor. Inspired by her personal connections throughout the country, Bloom believes, “We are all alike; we share the passion called Hadassah.”

When a new Hadassah group targeting the area south of Richmond, Virginia, was formed, Bloom was chosen as its founding president. Her involvement continued when she and her husband, Art, and daughter, Austin, moved to Winston-Salem, North Carolina, where she once again founded a local chapter.

Bloom thanks her mother-in-law for two special gifts: giving birth to Art and introducing her to Hadassah. In 1998, Hadassah and the American Zionist Movement sponsored a song competition to commemorate Israel’s 50th anniversary. Arriving at the Hadassah National Convention in New York for the competition were 22 children and adults from Winston-Salem. Their leader was Art with his newly written song, “L’Chaim Israel.” To Bloom’s joy, they won the competition.

Her professional work and Hadassah volunteer roles intersect in so many ways. Bloom is development director for the Winston-Salem Ronald McDonald House. Saving lives is the common thread of both organizations. Her current Hadassah portfolio is communications chair of the membership division, and she remains instrumental in the recruitment and training of young women as emerging Hadassah leaders.

The Blooms are a five-generation Hadassah family as well as contributing Founders, Centennial Founders and Keepers of the Gate. —Sandra King

Hadassah Magazine, which will mark its Centennial in 2014, traces its origins to the first “Hadassah Bulletin” in 1914. The bulletin eventually became the “Hadassah Newsletter,” which evolved into the magazine.

For the first 33 years of its existence, Hadassah Magazine was run by volunteers. In 1947, the organization hired Jesse Zel Lurie to be the first professional editor. He was 33 years old at the time.

Other trivia: There is probably no other magazine in America that has had just two editors in the past 66 years. Lurie and Tigay are both graduates of Columbia Journalism School. Tigay is now 66. Lurie is 99.

Our two medical centers in Israel are busy, dynamic and vital centers of healing.
During the past year, nearly a million patients were treated at Hadassah’s Jerusalem hospitals, in Ein Kerem and on Mount Scopus. 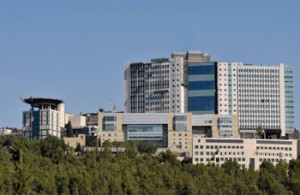 Chances are, Edith Wharton did not give much thought to the Jewish suburbs of North London. Yet, Francesca Segal seamlessly melds this particular community together with Wharton’s much lauded Age of Innocence in her debut novel, The Innocents

(Hyperion). An excerpt from The Innocents appears here.

Segal, 33, is the winner of this year’s Hadassah Magazine Harold U. Ribalow Prize for fiction. The book borrows its storyline from Wharton’s classic, exploring themes of rigid social conventions in the tight-knit Jewish community in which newly engaged couple Adam Newman and Rachel Gilbert has lived, insularly, their entire lives.

“I never deliberately set out to recast the story line of a classic novel,” Segal says. “That seemed chutzpadik. But I reread [Age of Innocence] and I just couldn’t not do it. It so touched on ideas I was thinking about, the conflicting ideas and advantages of living in that world. The conclusions I came to, however, are quite different from Wharton’s.”

Segal was raised in a Jewish suburb of London, like fictional Adam and Rachel and their friends.

“We were very much affiliated, very much part of things” in the Jewish community, she says. But, Segal points out, her family traveled to the United States often, as her father, best-selling author Erich Segal, was American.

While the characters in her book are intricately interconnected—everyone is a relative or neighbor or former classmate—“Neither of my parents had that sort of background,” she says. “I grew up in north London, geographically,” says Segal, “but the book is not about my community and not my life. It is very much fiction, set in a world I know very well.”

Perhaps it is her personal affiliation with the community she describes that makes her novel less critical than Wharton’s original. Adam and Rachel’s Jewish world and neighborhood have unquestionable warmth, despite the clearly defined social conventions and expectations. Segal writes with a humor that Wharton distinctly lacks.

Writing has always been a passion for Segal. “I really never imagined doing anything else,” she says. “Being a writer is all I have ever wanted to be.” This novel, however, is her first public foray into fiction writing.

“This is my first published fiction,” she notes. “Actually, it is the first fiction I was brave enough to show anyone.”

The Oxford graduate began her career working in journalism. At one point, she wrote literary criticism for the Sunday Observer; her responsibility was to review debut novels. She says it was very daunting for someone interested in writing fiction herself.

“I was faced with a constant reminder of just how many debut novels are written every month,” she says. “I had to wait until I felt like I really had something to contribute.”

With her keen awareness of the pool of talented new novelists out there, Segal has been honored by the recognition her book has received within the Jewish community, including the Ribalow prize.

“It’s a privilege to win an award like this and to have this novel embraced by the Jewish community,” she says.

The Innocents has received the 2013 National Jewish Book Award for Fiction and the 2013 Sami Rohr Prize for Jewish Literature. It was also long-listed for the 2013 Women’s Prize for Fiction.

“I consider myself a Jewish writer,” says Segal, who, together with her husband, Gabriel, now splits her time between London and New York. “Same as I consider myself a female writer and a British-American writer. I am all of those and, yet, none of those exclusively.”

She admits that her future works are “likely to explore Jewish territories again.”