I came up from Jerusalem because every so often the need to wander somewhere in the wilds grows urgent. In the past, I would make my way to some encampment in Botswana or Namibia. Now, in the second half of my eighties—and using crutches—flights and airports are too cumbersome.

And I have discovered the Golan.

The first week of July I find myself with two young friends from Kibbutz Merom Golan in an open, battered jeep along the northeast border with Syria. I sit up front with Amir, the guide. Kfir stands in the back; on an African safari he would be called the tracker. He can spot a chameleon clinging to a leaf before I myself can quite make out the tree. We are on the move for hours, four days and nights, occasionally on narrow roads, more often cutting across the terrain and on paths that challenge the survival of anything that moves on wheels.

The fields near the kibbutz are ablaze the afternoon I arrive, ignited either by errant shells from the fighting in Syria or spontaneously in the dryness of the summer month. The fields are mined. On the paths skirting the fires, Druze villagers are beating back the flames with padded brooms. We shuttle the villagers to locations where their crops are most endangered.

Clouds of locust fill the air. On the circumference of the burning fields, birds of prey are massed, picking off snakes and other creatures scurrying to safety. A herd of gazelle bounds down a blackened slope in front of us; smaller groups are scattered on the hills ascending Mount Hermon. Fox dash from a patch of undergrowth, seeking shelter in the cairns of basaltic rock that compel the road into a zigzag course and shield it from gunners on the other side. The sky is teeming. In a single field of vision, falcons of two species contend for dominance, short-toed eagles wheel protectively around awkward fledglings, kestrels rush a pair of spotted eagles. Stork in the hundreds bank in the updraft forming above a pond. 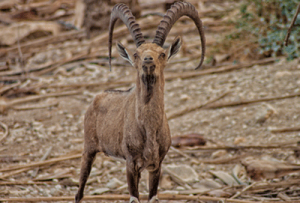 An iron gate bars the track leading to a muddy pool; military only, a sign informs. We uncoil the wire fastening the gate and wind it up again on leaving. Clusters of waterfowl—ducks, stilts and plovers—occupy the pool. The jeep halts at its edge; the far side, not more than 30 yards away, lies in no-man’s-land.

Mines explode in the smoking fields around us. Artillery rumbles from the Syrian plains. For all that, the artifacts of war are overshadowed by the intensity of life.

Late afternoon with Amir’s family. His father-in-law is seated in a wheelchair next to me, a genial, broad-shouldered man disabled by an accident years ago. He is a survivor of the Holocaust, and one of the Golan’s early pioneers.  I dig out from memory the few words of Hungarian I had learned in my grandparents’ home. An extinguished world comes to life in this ancient, newborn land.

Night drive. We pause on the crest. In the slanting light of sunset, the mountains facing the Golan from across the Huleh Valley stand out with the chiseled clarity of an image cut onto an artist’s copper plate. Then the light turns soft and only the high western clouds are vivid, orange-red in the rays of the sunken sun. A great peacefulness settles over the land.

The jeep inches down a steep, nearly impassable trail of fissured rock. There are paved roads leading from the Golan Heights to the upper shore of the Kinneret, but it is the escarpment’s scrub and forest that draw us. Amir and Kfir sweep the ground ahead and to the sides with spotlights powered by the jeep’s motor: Animal eyes reflect the light and give away the bearer. The night is charged with pairs of eyes. In a thicket close ahead, the eyes become a boar; behind it, another, then another, a run of more than 20 crashing through the brush, females and young and one huge male with gleaming tusks.

The jeep teeters on a boulder, and another group of boars bears down on us, swerving to avoid head-on collision.

Near midnight, we reach our goal—the marsh lying to the north of the lake. Eyes low to the ground: Swamp cats crouch in the reeds, staring back at us from no farther than an arm’s length. Larger than a domestic cat by half its size, they have tufted ears and a mottled coat of yellow-brown. They are rarely seen. We are triumphant. Owls blink at us from the posts of a fence marking off a tract of orchards.

Dinner at Kfir’s. I am the first guest in their new house on the fringes of Merom Golan. They are not what conventionally passes here for dati (religious), and I am asked to recite the age-old blessings for a home raised by our people.

Morning drive. My guides and the guesthouse workers were surprised: rise and leave at four o’clock, the old man who can get around only on crutches? How to explain? Nineteenth-century poet Gerard Manley Hopkins said it for all times: “I caught this morning morning’s minion, kingdom of daylight’s dauphin, dapple-dawn-drawn Falcon….”

To me what was amazing was the kibbutz’s nonchalance to the war unfolding at the door. The war was barely mentioned; Amir and Kfir’s children seemed altogether unaware that a war was taking place. On second thought, perhaps not that surprising. Whatever Israeli military presence there was in this region was confined to camps situated off the roads; the only troops I encountered were a lone patrol one evening on the demarcation path, the only tanks rusting skeletons left over from the fighting in the Yom Kippur War, 40 years ago.

It is pitch-dark as we set out. Ferrets dart across the paved walkways of the kibbutz. We traverse the adjacent countryside and come to an expanse of grassland that sometimes serves as a heavy weapons firing range.

On an overlooking hill Amir boils coffee on a mangled camping stove. The first, hesitant light of dawn. But for the dissimilarity of the trees, the plain might well be boundless African savannah. Perhaps it is the stillness of the night’s retreat that underlies the illusion of immensity; perhaps it is our sheer aloneness; perhaps the Israeli’s yearning for open land. Whatever the reason, I am very much aware of my insignificance on this breathing vastness. Gazelle and boar, fox and jackal out again in numbers. Falcons poise on stones and branches for the uplift of the gradually warming air; eagles wait on a log, immobile as statues. Parts of the savannah are dotted white—cattle egrets trailing a dispersed herd. Here and there the remains of a cow or calf taken by a pack of wolves. In the far distance, gray shapes moving furtively in waist-high grass. “Wolves,” Amir calls out.

I return to Jerusalem exuberant. I had discovered the magic of the wilds within a hand’s reach of my city home.