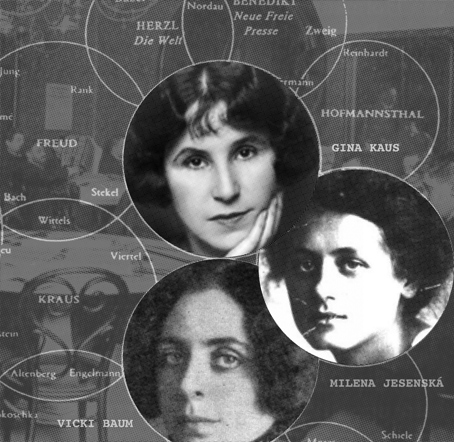 Order a pastry from the Skirball’s Zeidler’s Café and enjoy it in a setting designed by contemporary Austrian artist Isa Rosenberger that evokes the storied coffeehouses of Vienna. “The museum commissioned ‘Café Vienne,’ a work about a forgotten Jewish author named Gina Kaus, who often did her writing in coffeehouses,” says Doris Berger, exhibit curator. Kaus’s books had been best sellers in Europe in the 1930s. After they were banned by the Third Reich, she immigrated to America where she had a successful screenwriting career. Adds Berger, “Today, no one knows her.”

Rosenberger’s installation—including photos and a video of a performer musing on Kaus’s life—is located in a public space in the Ruby Gallery. “The salon and the coffeehouse were important spaces for Europeans,” says Berger. “The salon was private and a bourgeois institution; the coffeehouse was public and for everyone. You could hang out there with just a cup of coffee.”