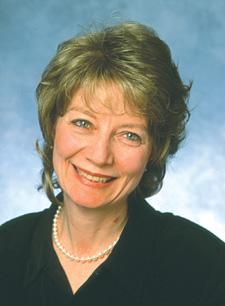 The holiday of Shavuot was celebrated June 3 to 5, but its spirit of faith and nationhood echoes in this issue of Hadassah Magazine.

On Shavuot, the Children of Israel committed themselves to observe theTen Commandments. Ironically, Abraham the monotheist turned his back on the lifestyle of his father, Terah, who legend says was an idol maker. “[To] create a people and a faith that would put honoring one’s parents in the very Holy of Holies of religious obligation—the Ten Commandments—it was necessary for the founder of that religious culture to dishonor his father,” writes Rabbi Jeffrey K. Salkin in “Continuity and Rebellion.”

Abraham’s spiritual quest, family disruption and the creation of community are also part of the experiences of the Latin American men and women drawn to Brit Braja, the online Jewish outreach community. In “Coming Home,” Judith Fein describes the enthusiasm of the would-be converts she met in Mexico City. Edgar Mendez, a former priest, says he learned that Jesus was a Jew who “taught about the need to observe Torah.”

David Laskin explores family ties, their sundering and the differences among the million-and-a-half Jewish soldiers who fought on both sides in World War I. For newly minted Americans, the military helped them integrate into their new country; German Jewish soldiers, however, writes Laskin in “The Great War and Jewish Memory,” were accused of shirking. “Before the Great War, my European and American relatives were one family, bound by love, food, worry, a sense of humor—in short, by our Jewishness.” The war’s aftermath, he notes, “reduced the two branches to one.”

The Lubavitcher Rebbe, Menachem Mendel Schneerson, suffered war’s displacement yet helped to rebuild a branch of the Jewish people. Charley J. Levine interviews Rabbi Adin Steinsaltz, who has a new book on the Rebbe. He says the Rebbe left marching orders “to be better people, to aspire to change the world.”