The Latest Films: From Tense Courtroom Drama to Diplomacy on the World Stage

Despite its bland title, this film offers a tense battle of wits between two able opponents. One is the German general who has been ordered by Hitler to level Paris before the approaching Allied armies can liberate the city. Facing him in an all-night confrontation is the Swedish consul, who tries to dissuade him from carrying out Hitler’s order. The high-stakes sparring match makes for gripping viewing. Zeitgeist Films. —Tom Tugend

GETT: The Trial of Viviane Amsalem

The film’s title might tell you what it’s about, but it cannot prepare you for the punch of this brilliant courtroom drama. Ronit Elkabetz, cowriter with  Shlomi Elkabetz, stars as the Israeli woman seeking a divorce under a legal system where only the husband and a panel of Orthodox rabbis can grant it. This internationally acclaimed work catapults Israeli cinema to a new level. Music Box Films. —Judith Gelman Myers 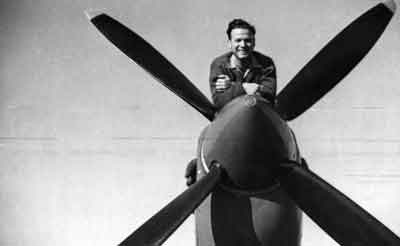 This extraordinary documentary by Nancy Spielberg recounts the heroism of Jewish American World War II veteran pilots who risked their lives training in Czechoslovakia and smuggling in weapons and aircraft to Israel in the 1948 War of Independence. They ensured a partitioned Jewish state for refugees after the Holocaust. Interviews with surviving pilots alongside aerial footage recall the adventure and sorrow encountered during the fragile infancy of the Israeli Air Force and the miraculous success of their missions. Playmount Productions. —Sara Trappler Spielman

Watchers of the Sky

Raphael Lemkin coined the word genocide, making it part of the anti-Nazi indictments at the Nuremberg trials, and it became the driving force behind the United Nations’ adoption of the Genocide Protocols, but he’s nearly unknown to this day. Edet Belberg’s wonderful documentary helps remedy that situation, recapping Lemkin’s life as well as those who carry on his work. Music Box Films. —J.G.M.