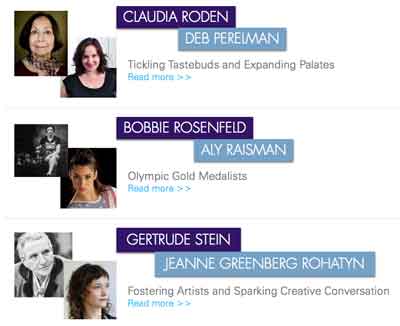 Have you ever wanted to arrange a meeting between an icon of the past and an up-and-coming contemporary personality? The Jewish Women’s Archives attempts to do just that in a new online exhibit. Power Couples highlights Jewish female trailblazers and their accomplished younger parallels in disciplines from sports to technology to cooking. For example, the page “Undergarment Entrepreneurs” shows Ida Cohen Rosenthal, early-20th-century developer of the modern bra and cofounder of Maidenform, and Sara Blakely, creator of Spanx and the world’s youngest self-made female billionaire.