By Judith Gelman Myers May 2015
Email 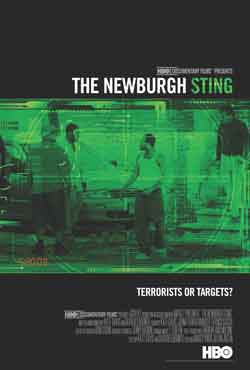 In 2009, four Muslim men conspired to blow up two synagogues in the wealthy Jewish community of Riverdale, New York.  Their plot was foiled in a massive F.B.I. sting, and the four were put on trial and sentenced to jail for 25 years.

Supported by hundreds of hours of F.B.I. surveillance footage, the documentary reveals that the “sting” was fake; using wealthy Jews as bait and the promise of huge financial payoffs as incentive, the F.B.I. convinced “the Newburgh Four” to commit a heinous act, then carefully staged the arrest to make the agency look heroic after the disaster of 9/11. Available on July 21st on HBO.