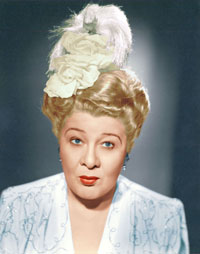 Sophie Tucker (born Sonya Kalish in the Ukraine) started singing for customers in her parents’ kosher deli and during a 60-year professional career went on to become America’s top female entertainer in the 1920s and ’30s. The feature catches her bawdy, raucous style, which earned her the sobriquet of “The Last of the Red Hot Mamas.”

Unusual for a public personality of her time, Tucker openly affirmed her ethnic roots, and she turned the song “My Yiddishe Momme” into a kind of Jewish anthem.

Before Facebook, she kept in touch with thousands of friends and fans, among them F.B.I. chief J. Edgar Hoover and top mobster Al Capone. Menemsha Films.