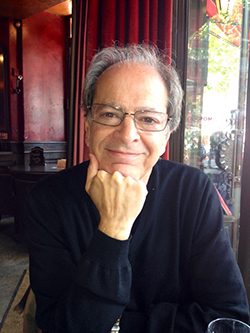 Israel’s sugar consumption is well above the world average and arguably the most popular sweet in the country is the cream-filled wafer cookie, known as a vafel. But Esther Hecht’s article on vaflim (“Wafer-Thin Survival”) is more a personal story than a consumer or diet-oriented report.

The second largest vafel producer in Israel is her family’s business, with roots in Vienna. In 1938, she writes, “my grandfather was able to obtain two of the coveted immigration certificates to British Palestine because he was a capitalist and could bring his machinery and thus contribute to the economy.” The wafer business saved her family.

Judith Rosenbaum has a December dilemma, based partly on the positioning of Hanukka as the commercial Jewish equivalent to Christmas but more on the most appropriate model of a heroic figure in the struggle for Jewish survival. Observing that the Jewish Hellenists of the Hanukka story better represent contemporary American Jews than the traditionalist Maccabees, she would like to see the Book of Judith raise its profile as required December reading. In “Alternate Action Hero,” she argues that Judith—who killed Holofernes, the Assyrian general besieging her town—is an admirable figure who, though declaring her devotion to God, takes matters into her own hands.

The tradition of tikkun olam teaches us to look beyond our own needs. That’s what led philanthropist Jacob Sztokman to reach out to slums in India to feed, nurture and educate children who likely don’t know anything about Jews. As Rahel Musleah reports, Sztokman’s Gabriel Project Mumbai does inreach as well as outreach, bringing together Indian and foreign Jewish professionals and volunteers in a way that breathes life into the country’s dwindling Jewish community. In many ways, giving is also a way of receiving. Survival can be sweet, instructive and ennobling.