A Talk With Molly Antopol 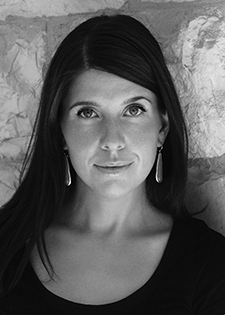 American by birth and living just a few hundred miles from where she grew up, writer Molly Antopol seems to share little in common with the characters in her book, The UnAmericans: Stories

(W.W. Norton). The collection of eight short stories features a cast of people displaced, by choice or circumstance, contending with forces beyond their control.

Antopol, 37, is this year’s winner of Hadassah Magazine’s Harold U. Ribalow Prize for fiction on a Jewish theme. The stories in her book deftly explore the ties that bind people together, whether it’s on New York’s Upper West Side, in Tel Aviv or Kiev.

“Though there are no stories about thirty-something Californian writers,” she explains, “the stories are deeply autobiographical in that they capture what I was obsessing over and contemplating during that time period. The characters are all me.”

In fact, Antopol based each piece around three interconnected themes that captivated her. “It is the triangle of Jewish American liberalism, Cold War European politics, and both of their effect on contemporary Israel,” she says.

The stories from the McCarthy era draw the most from Antopol’s own family history. “My grandfather was involved in the Communist Party,” she explains. “Those stories were my attempt to understand what it was like for my mom and her siblings to live with the surveillance.”

Some of the stories delve into the experience of dissidents, who risked their lives for their politics in their home countries before arriving in the United States—where they are treated as anything but American, as the book’s title suggests. “They have nostalgia for a bleaker time,” Antopol says. “They are finding they are not only not watched—they are not even noticed.”

Most of the characters in the book are Jewish, and Antopol has no hesitancy about being classified as a Jewish writer. “It’s an essential part of who I am,” she says simply.

It was after spending some time in Israel that the writer became interested in what “American” means to modern Israelis. She set out to explore in her stories how Israelis contend with their country’s close—“but messy”—relationship with the United States, and its inevitable effect on their lives.

The UnAmericans was a labor of love for Antopol, who spent close to two years working on each story. “I came to care about even the least sympathetic characters,” she says. When pressed to pick a favorite? “I have a lot of affection and love for Boaz,” she admits, referring to a character from the book’s final story, ”Retrospective.”

Publishing her first book was literally a dream come true for Antopol, who, as a child, fantasized about being a writer. “But I didn’t know it was something you could do,” she says. Her more practical plan—to become a marine biologist—was derailed when Antopol took a writing class in college. “I was so swept up in it, it was like nothing else mattered,” she recalls. “Fortunately, I realized I loved the balance between writing and teaching.”

Antopol, a 2013 National Book Foundation “5 Under 35” honoree, received her M.F.A. from Columbia Uni­­ver­sity in New York and teaches creative writing at Stanford University in Palo Alto, California. When she is not teach­­ing or writing, she is caring for her young daughter, Nell, with her husband, professor and writer Chanan Tigay.

Writing short stories was a style that came naturally to Antopol, but she is excited to be working on a novel now. “It’s like learning to write all over again,” she says with a laugh. “But it’s enticing to start fresh.” The author will only divulge that the novel is set in Israel and the United States.

Past Ribalow Prize winners are among the writers Antopol most admires, and she was excited to win this recognition for her book, which was also long-listed for the National Book Award. “Hadassah does great work,” she says, “and I’m honored to be associated with the organization.”