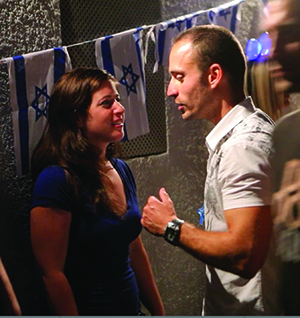 In Colliding Dreams, filmmakers Joseph Dorman and Oren Rudavsky largely succeed in the daunting task of compressing into 134 minutes the histories of competing strains of Zionism and the settlement of the land from the First Aliyah in the 1880s to the present, accompanied by growing Palestinian resistance. The film sees the miraculous victory in the Six-Day War as a turning point, replacing the sober, shared effort of building Israel with a Messianic spirit. Enlivened by historical photos, the film, though generally well balanced, tilts toward portraying the Palestinians mainly as victims while downplaying the Arab riots of the 1920s and 1930s as well as more recent intifadas.