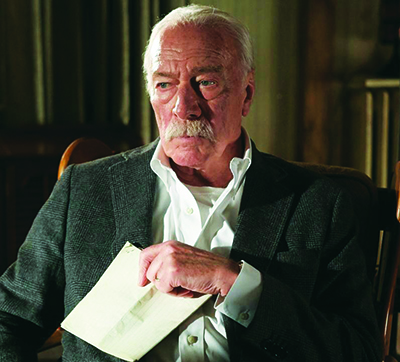 Two 90-year-old men in a Jewish retirement home—Zev (Christopher Plummer, right), who has bouts of dementia, and the wheelchair-bound Max (Martin Landau)—decide to track down and kill the SS guard who murdered both their families in Auschwitz but now lives in America under an assumed name. Max masterminds the pursuit from his room while Zev gamely tracks down the four most likely suspects. Oscar winner Plummer is impressive as the central protagonist and redeems much of the improbable plot. Directed by Atom Egoyan. Serendipity Point Films.