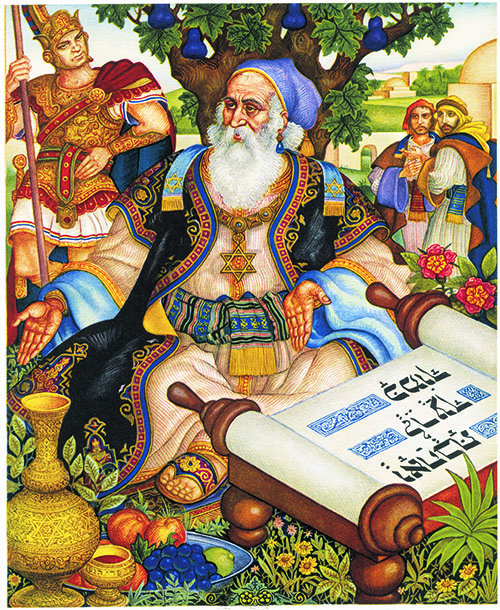 This popular traveling exhibit includes 25 reproductions of Szyk’s political caricatures that protested Nazi and Fascist tyranny during World War II as well as advocated for the rescue of European Jewry; an illuminated Declaration of Independence; and a patriotic series of watercolor miniatures on the American Revolution. Szyk illustrates the Jewish response to injustice with an image of the sage Hillel, who taught “love your neighbor as yourself.” Through October at the OZ Gallery at Congregation Or Zarua in New York; from November 4 to January 31, 2017, at the Palm Springs Air Museum in California.