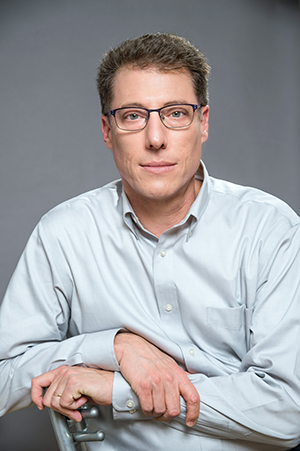 Daniel Gordis, 57, is a popular thinker and commentator on Israeli and Jewish history and politics whose latest book is Israel: A Concise History of a Nation Reborn. Gordis is the winner of a National Jewish Book Award for Saving Israel: How the Jewish People Can Win a War That May Never End and is senior vice president and Koret Distinguished Fellow at Shalem College in Jerusalem, where he lives with his wife and three grown children. This interview has been edited for brevity and clarity.

Q. You cite the corrosive impact that Israeli control of the West Bank has had on Israeli society. What should Israel do?

A. Sadly, the evidence indicates that Palestinian society and its leadership are far from ready to recognize Israel’s right to exist or to compromise for the sake of peace. Palestinian leaders continue to deny that the Jews have any historical connection to the Temple Mount. Recent surveys show that some 80 percent of Palestinians do not believe the Jewish people have any rights to any land between the Jordan River and the Mediterranean Sea.

Yet, it is critically important for Israel to educate young generations of Israelis to believe in the ongoing dream of peace. That is why I think Israel must continue urging the Palestinians to come to the negotiating table, even if nothing concrete will emerge. On the ground, Israel should make the army’s presence in the West Bank as benign as possible—though there is obviously no way to make searching homes for explosives a pleasant experience for those being searched. We should strive to make the checkpoints as humane as possible and should have zero tolerance for Jewish violence against Palestinians. In doing that, we can remind ourselves and our children that as sad and “stuck” as the situation is, those living on the other side of the line are human beings, with whom we will forever share this land.

Q. What can Israel do to make its Arab citizens feel more at home?

A. Israeli law affords Arab citizens full civil rights, and most have been realized. That being said, discrimination has to be stopped. We have to improve the quality of Arab schools and increase expenditure on infrastructure in Arab villages. And most important, our leaders need to reach out to Arab leadership continuously, making it clear that we see our ability to integrate Arab citizens into Israel as an important test of our commitment to democracy.

Q. How can Israeli and American Jewish leaders strengthen the relationship between their communities?

A. American Jews are largely Ashkenazi and increasingly secular. Ashkenazim in Israel are now a minority of its Jewish population, and even outside of haredi life, Israel is becoming a more religious society. American Jews are largely liberal, and Israel is becoming ever more conservative, especially—but not only—in foreign policy. It is only by seeing each other as radically different experiments in Jewish revival and survival will we be inclined to feel a responsibility for each other. We need to visit, to read each other’s literature. We are only going to grow more different, which makes understanding each other ever more critical.

Q. What are your biggest fears and aspirations for Israel’s future?

A. My worries stem from Israel’s growing international isolation, especially from Europe, and the growing divide between American and Israeli Jews. Destroying Israel…will require only diplomatic and economic embargos. We need each other if we are to prevent that. Yet, I am reassured by the past. What Zionism has accomplished in the almost 70 years since independence is nothing short of miraculous. Our responsibility is to work together to keep the miracles coming.