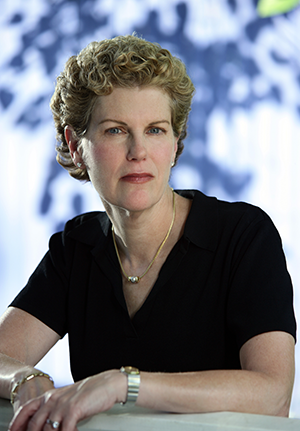 As an academic focusing on American Jewish history and women’s history, Pamela Nadell, a longtime professor at American University in Washington, D.C., provides a special historical perspective on some of the more disturbing trends roiling the country. The “depressing thing is we are still talking about anti-Semitism,” says the 65-year-old mother of two grown children who currently serves as the president of the Association for Jewish Studies. This interview was edited for brevity and clarity.

There’s been a disturbing uptick in anti-Semitic incidents since the election. From a historical perspective, when was the last time we saw such an increase of blatant anti-Semitism in the United States?

This uptick in anti-Semitic incidents is worldwide, it’s not just an American phenomenon. But it’s also really important to emphasize that they are only part of the hate that is pouring out at this time. The last time that anti-Semitism was so widespread and publicly expressed was during the Great Depression and World War II. We’re hearing terrible things now; we’ve heard terrible things before. In terms of the amount, it’s very serious. I don’t want to minimize it but it’s part of a long history.

Do you see this as a fringe element or is it an expression of latent anti-Semitism that runs deeper than we imagined?

I wish I could say that it’s only on the fringe; but what we are hearing are sentiments that were largely silenced in American life since the end of World War II. A confluence of events that happened then—the newsreels that people saw sitting in their movie theaters showing the results of what the Nazis did to the Jews; the exposure of the genteel social anti-Semitism, as expressed in the Academy Award-winning film Gentleman’s Agreement; and the challenges to restrictive housing covenants and quotas limiting the number of Jews in colleges and universities—made it socially unacceptable for respectable Americans to say the kinds of things they had once said about Jews. I’m not saying the feeling went away; people just didn’t express it.

Do you think there is a tendency to see anti-Semitism only on the right or on the left, depending on where one stands politically?

The striking thing about anti-Semitism is that it comes from both the right and the left, and it does so at the same time. Just think back to the 1930s—the anti-Semitic violence inflicted on the Jews in Nazi Germany came at the same time that Stalin was purging Jews from the Communist Party and destroying the remaining foundations of Jewish life in the Soviet Union. Right now we are in a kind of oddly similar moment. When the left criticizes Israel, and that criticism goes beyond critique of its policies to denial of the state’s right to exist, we have anti-Israelism devolving into anti-Semitism. At the same time, when the alt-right raises its arms in the Heil Hitler salute in a Washington, D.C., restaurant, we have anti-Semitism from the right in the heart of the nation’s capital. So it’s not a question of where you stand. It’s on both sides.

What lessons can be drawn from American Jewish history about how best to respond to the threats?

There was a time even as late as the 1930s when American Jewish leaders actually debated how to respond. One group said, use quiet diplomacy to address the problem; another group said, protest loudly and openly. The group that advocated quiet diplomacy feared that openness would bring more attention to anti-Semitism, at home and abroad, and exacerbate it.

I think that debate ended a long time ago. American Jews know they have to do everything they can both through government and nongovernmental channels and with all sorts of forms of public protest to rail against all demonstrations of hate, not just anti-Semitism. One of the places you see that lesson was in the American role in the movement to free Soviet Jewry. All sorts of different channels were being worked on the American side, the Israeli side and the Soviet Jewry side. But there were also very loud, visible public protests, including one at the end of 1987 when a quarter million Jews massed on the National Mall to tell then-President Mikhail Gorbachev, who was visiting the White House: “Let my people go.”

Even before the election, incidents of anti-Semitism on American college campuses had been increasing, beyond some of the anti-Israel activity that takes the form of anti-Semitism. What forces are at play today that allow for this increased anti-Semitic activity?

We are at a moment of tremendous tension that’s a reflection of the wider tensions beyond the campus. There is certainly tremendous concern about all forms of racism and discrimination expressed and felt by different groups on campus. It’s almost like we have a kind of competitive victimization campaign. But what’s so very disturbing is that when we get to anti-Semitism, it’s very easy to dismiss because Jews on campus occupy positions of privilege—they are well represented among the faculty, among the administration, and they’re even college presidents. The Jewish students on campus who identify as Jews have all sorts of resources available to them—Hillel, Chabad, AIPAC, J Street U, Jewish sororities and fraternities. There is a sense that because Jews occupy a privileged position on campus and in American life, when there’s a swastika drawn on a whiteboard or carved on the back of a bathroom stall, it is easy to dismiss them as insignificant, especially when compared to other expressions of hatred and racism. Of course, another major factor today is that social media makes it so easy to disseminate hateful messages widely.

What can be done about this?

Administrators and faculty react to anti-Semitic incidents quickly. Yet, at the same time, there are serious concerns about political correctness on campus and freedom of speech. We get mired in murky waters when students protest and disrupt an Israeli speaker whose topic has nothing to do with Israel. Is this anti-Semitism, or are students exercising their right to free speech?

These are really troubling issues; nobody has easy answers. Everybody is trying to come up with them. There is even a bill wending its way through Congress, trying to figure out how to deal with these issues. Do such events violate the civil rights of Jewish students on campus?

What do you think of that bill?

I understand the motivations behind it. I also understand how such a bill can be seen to challenge freedom of speech. We need more civil discourse, but it’s not likely to happen now. Passions are too inflamed. We live in a rancorous age.

As a professor of gender studies and a specialist in women’s history, what do you teach your students about this moment in history?

I turn to the past to look for lessons in the present. I like to think of a line from a poem by Muriel Rukeyser: “I am in the world/ to change the world,” and that’s what I like my students to consider. They are here because we hope they are going to learn how to change the world for the better. One of the things I teach in my American Jewish history courses is Hadassah. When I talk about the nurses who founded Jerusalem’s first public health clinic in 1913, and the leaders of Hadassah who helped pluck the children out of the maelstrom of Nazi Germany and bring them to Youth Aliyah, I’m showing my students women in the past who changed the world for the better. That’s what I want my students to learn. That is my legacy as a teacher.

Lisa Hostein is the executive editor of Hadassah Magazine.