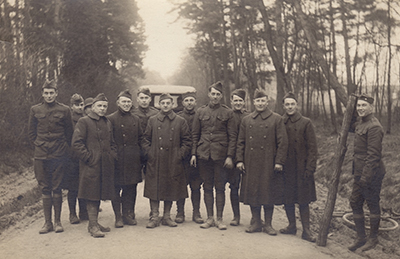 With war reshaping Europe and rising anti-immigrant sentiment at home, 1917 was a year that forced American Jews to examine their hybrid identities, the docent explained to a wide-eyed student group visiting “1917: How One Year Changed the World.” The new exhibition will be at the National Museum of American Jewish History in Philadelphia through July 16 before traveling on to the American Jewish Historical Society in New York from September 1 to December 29.

The year that saw America’s entry into World War I, the outbreak of the Russian Revolution and the seeds of European support for a Jewish homeland in the form of the Balfour Declaration could be riveting subject matter. Indeed, scholars and history buffs will thrill to an original draft of the Balfour Declaration and a copy of the Zimmermann Telegram, the document that spurred American entry into the war. However, a great number of those artifacts are yellowed documents whose small print requires effort to discern in the dim lighting (the latter being necessary to avoid damaging fragile texts). More and larger photographs and better lighting on the wartime posters would have gone a long way toward illuminating the myriad ways Jews contributed to the era’s political and cultural ferment, though the single-room gallery clearly limited this show. 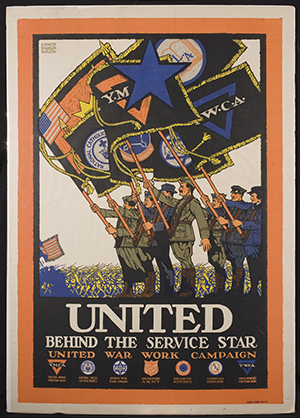 Not that “1917” doesn’t try. Here is the robe of Louis Brandeis, the first Jewish Supreme Court justice; there is an original cervical cap of the sort that got Jewish anarchist Emma Goldman arrested for promoting birth control. Multimedia stations invite viewers to answer questions like, “Is it patriotic to criticize the government?” As the voting tally flashes onscreen, one can’t help but marvel at the prescience of an exhibition whose fundamental questions—about ethnicity and American identity, the rise of authoritarianism and the intersection of politics with Jewish lives—are as resonant today as they were a century ago.

Josh Perelman, the Philadelphia museum’s chief curator, referenced the ongoing impact of the year on display. “The events of 1917 are of considerable consequence to Jews in the U.S. and around the world, for different reasons and in different ways,” he said. As examples, Perelman cited the eventual establishment of the State of Israel as well as the anti-immigration fervor that led to American rejection of Holocaust refugees during World War II.

Indeed, perhaps the strongest message of the exhibition is how the echoes of 1917 continue to reverberate. “The role of America in the world today as a military power, the relationship between America and Russia, the status of state relationships in the Middle East—all of these are under discussion by Americans and American Jews,” Perelman said, just as they were a century ago.

For those without Perelman along to elucidate, the best way to experience “1917” is probably the way the students did: with a lively docent to bring that year, and those documents, into context.