Tammar Stein and Her Six-Day War Book for Children

By Gloria Goldreich May 2017
Email

Tammar Stein’s historical novel for children ages 8 to 13 tells the compelling story of Motti, a 12-year-old Jerusalemite whose life was affected by the dramatic events of 1967. Stein’s wonderfully told, impeccably researched tale about the boy, his family, his neighbors and his friends—heroes all—will help generations of children to understand the Jewish state’s struggle to survive, and how and why the West Bank and Gaza became part of Israel’s narrative.

Suspense and despair coupled with humor and insight invigorate Motti’s story. His closest friend’s mother, fearful of the impending war, flees to her native Morocco. Motti inveigles a (forbidden) visit to his older brother’s army base; there he buys a bottle of Coca-Cola for his father—to support that company after it abandoned its boycott of Israel—and drinks it all himself. A cat saves his life, and grouchy Mrs. Friedberg, his Holocaust-survivor neighbor, allows him to play her piano and teaches him how to behave in a real crisis. He yearns to be a hero and, when heroism is thrust upon him, he feels “love…chest tight…limbs warm.”

Motti is but one of the many heroes of the Six-Day War, a war that causes him great sorrow, coupled with great pride; thrusts him into maturity; and imbues him with a deep commitment to his family, his community and his beloved country.

Young readers of his exploits will claim him as a friend as his world becomes their own. 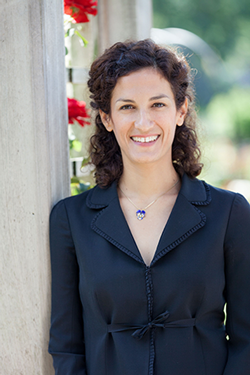 Tammar Stein, 39, has written four young adult books, including Light Years, which was an American Library Association Best Book for Young Adults as well as a Sydney Taylor Notable Book of Jewish Content. The inspiration for The Six-Day Hero, which is a Junior Library Guild Selection, came from her late mother, who had lamented the lack of books about Israel for 8- to 13-year-olds. Stein, a graduate of the University of Virginia, says she wrote The Six-Day Hero “to help fill that vacuum.” After having lived in Israel, Italy and Germany and in many American cities, Stein now resides with her husband and two children in Arlington, Va.

Israel has been involved in many conflicts. Why did you choose to concentrate on the Six-Day War?

Today is a time when the West Bank and Gaza dominate the headlines and children surely hear them discussed on television. I wanted them to understand how these problems arose and why Israel fought. If Israel had not prevailed in that war, today, in 2017, we would not be discussing the 50th anniversary of a costly and hard-earned victory but rather we would be mourning the loss of our state.

One of your characters observes that Israel stands virtually alone.  This, of course, was true in 1967. What about today?

The parallel is clear. The world today is quick to condemn Israel without recognizing any of its positive contributions. I want my young readers to see positive aspects of Israeli life: the way neighbors care for each other, the gratitude for the efforts of an Ethiopian priest and young German Christian volunteers, the humor and generosity of Motti’s family and community. That was Israel 50 years ago and that is Israel today.

Motti’s older brother, Gideon, was born on the very day the state was declared. He is a courageous soldier, willing to sacrifice his own life for its survival. How will young Americans identify with this quintessentially Israeli hero?

The qualities that define Gideon are not unique to Israel. Throughout the world, young men wear the uniforms of their country and are selfless and patriotic. Gideon provides children everywhere with a role model to emulate.

You give us a poignant description of the euphoria that erupted with the reunification of Jerusalem and the warmth between Motti’s father, Avner, and his childhood friend, Daoud, when they are reunited. In today’s Israel, that euphoria has evaporated. Do you think that it can be reinvigorated?

I have inherited my late mother’s penchant for optimism. There have been many periods of historic distress between Jews and Arabs and other periods when they experienced a mutuality of friendship. I hope that we will see happier times. And I hope that my book will contribute to an understanding of the past and kindle hope for the future.