A Model for Preventing Inherited Disorders 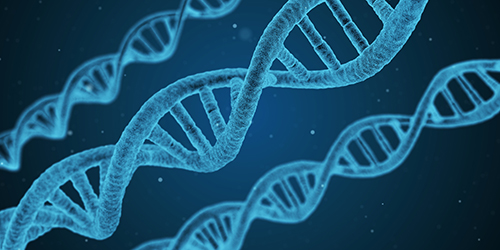 Israel’s younger doctors have rarely seen a child with Tay-Sachs disease. Mostly, they know from textbooks how this fatal inherited disorder devastates its young victims, destroying their brain and spinal cord cells and killing them within a few short years.

Tay-Sachs is known as an Ashkenazi disease because an estimated one in 29 Ashkenazi Jews carries the genetic mutation that causes it, compared with one in 300 in the general population. Yet no affected child has been born in Israel since 2010, says Dr. Joel Zlotogora, director of the Community Genetics Department at Israel’s Ministry of Health. In the six years prior to that, there were only three such births—and this in a population of over three million Ashkenazi Jews.

The virtual disappearance of Tay-Sachs in Israel has a simple explanation—genetic screening and registries, says Dr. Orly Elpeleg, head of the Department of Genetics and Metabolic Diseases at the Hadassah-Hebrew University Medical Center in Jerusalem. Dr. Elpeleg’s department is at the forefront of genetic screening, testing and diagnosis. To date, her team has detected more than 60 genes that cause disease, with some 20 more in the pipeline.

Today, Dr. Elpeleg notes, the screening process for Tay-Sachs has become a model for how to identify growing numbers of deadly inherited illnesses as well as the spur for preventing them altogether. Its virtual disappearance offers hope to millions carrying hidden diseases in their DNA.

While in most communities there is accurate and standard prenatal testing and the willingness to terminate affected pregnancies, she explains, “preventing the conception of babies with severe, incurable genetic disease is the only approach in couples who won’t terminate pregnancy. Orthodox Judaism forbids termination unless the mother’s life is at risk and has developed an international premarital genetic screening program to do this.”

The program, Dor Yeshorim (which means Upright Generation), was the first to take on large-scale genetic testing in the Jewish population, says Dr. Elpeleg. The screening and registry program was created in New York in 1983 by Rabbi Yosef Ekstein for the ultra-Orthodox community and was brought to Israel 20 years ago. Dor Yeshorim operates its own laboratory in north Jerusalem (named Bedomaich Chayi, In Your Blood, Live! which comes from Ezekiel 16:6), but works closely with Hadassah, consulting with the medical center when needed.

The idea for the program actually dates back to 1965, when Ekstein, a Satmar Hasid from New York City, became a first-time father. Both he and his wife were unknowing Tay-Sachs carriers, and each passed on a copy of the mutation to their first child, who slowly entered a vegetative state and died at age 4. Another three of their nine children were born affected. After burying a fourth child, Ekstein was determined to find a purpose in his suffering.

By the 1970s, tay-sachs had become one of the first autosomal recessive disorders whose carriers could be detected by a simple blood test. Because the ultra-Orthodox community largely practices arranged marriage, Ekstein realized that he could develop a system for testing individuals before they even met. Since both parents have to be carriers in order for Tay-Sachs to develop in a child, the goal was to prevent two carriers from marrying. Today, Dor Yeshorim annually tests some 25,000 Ashkenazi teens and young adults in 11 countries for carrier mutations. (Cystic fibrosis, familial dysautonomia, Canavan disease and Bloom syndrome are among other disorders on the group’s testing panel.) Dor Yeshorim has a Sephardi/Mizrahi testing panel, too, which launched in 2016 and tests for 16 diseases prevalent in these communities, including ataxia-telangiectasia, a neurodegenerative disease found in higher rates among Jews from Morocco and Tunisia.

Since the program began in Israel in the late 1990s, “over 2,800 genetically risky potential matches have been abandoned,” says Rabbi Ahron Ekstein, cousin to Yosef Eckstein and head of the program’s Israel branch. Most of these marriages, he notes, would have typically produced many children—each of them with a one in four chance of inheriting a deadly illness.

While Dor Yeshorim’s focus is primarily on the ultra-Orthodox community, the Israeli government offers genetic screening and prenatal testing for all Israelis. Following the success of its prenatal Tay-Sachs screening and counseling program in the early 1970s, Israel’s Ministry of Health extended in utero testing to cystic fibrosis, fragile X syndrome and spinal muscular atrophy, along with another two dozen disorders linked to ethnicity—the first country to do so. In communities and families where the prevalence of carriers of a particular disease is above one in 60, or the frequency of the disease higher than one in 15,000, testing is free of charge.

Hadassah’s Department of Genetics and Metabolic Diseases works with the health ministry. “Couples come because of family history or because both families originate from the same area,” says Dr. Elpeleg. “If we find they carry the same pathogenic variant, we counsel them, explain the options. If the couple is already pregnant, we examine the fetus. If it’s affected, we look at where on the gene the defect lies and assess the harm it can cause. Will the child lack feet but be otherwise undamaged? Will he have an intellectual disability—which is tricky because IQ can’t be tested in utero.”

Testing for intellectual development or predisposition to certain cancers or other illnesses, says Dr. Elpeleg, is an area where genetic screening, both preconception and prenatal, devolves into an ethical minefield. “The severe recessive disorders like Tay-Sachs are medically and morally straightforward,” she says. “We can conclusively identify the mutation and we know that a child who inherits copies from both parents will be affected, suffer and die within a short time. But the situation is radically different with something like the BRCA mutation. BRCA’s link to several cancers is documented, but despite this high association, it won’t always trigger disease, nor will it do so for several decades, by which time there may be an effective therapy.”

Matters become even murkier when discussing screening for diabetes, obesity, hypertension, mood disorders and schizophrenia, ailments that affect the general population. “These are conditions that are partially environmental, but also have a genetic contribution,” says Dr. Elpeleg. The genetic contribution is determined by some of the 10 million variants in the human genome: 93 (and counting) variants in the human genome have been linked to schizophrenia, for example, and 225 to cancer. But many variants are also found in the healthy population, accounting for differences, for example, in stature, eye and hair color.

“The trick is discovering which are benign, which cause serious disease and at what level and in which combinations do they become harmful,” explains Dr. Elpeleg. One way is the frequency of these variants among thousands of healthy individuals. This is where the 12-year-old Broad Institute in Cambridge, Mass., has stepped up, collecting genetic information from hundreds of thousands of healthy people and making the findings freely accessible online. “If we find a variant in a patient and see it in hundreds of healthy people in the Broad registry, we can discard it as a cause of serious disease.”

The Hadassah team’s hunt for disease-causing genes is ongoing. Among their finds are genes responsible for heart malformations and a range of infantile Ashkenazi neurodegenerative diseases (VPS11, Hikeshi and SLC1A4 among them). “I sometimes feel we’re annotating God’s ‘other’ book—His DNA instruction manual,” says Dr. Elepeleg. “We’re adding footnotes that say: ‘On this page, in this line, these letters encode an important protein for cognitive development. If the fourth letter of this word is misprinted, the brain won’t develop normally or the signaling pathways will fail.’ The misprint is tiny, but can wreak physical or mental havoc.”

Since the introduction of exome sequencing in 2011, “reading DNA is no longer a big deal,” according to Dr. Elepeleg. “The challenge is dealing with its misprints. My days are filled with couples desperate for a healthy child, their grief spilling through every part of their lives. We show them the defect in the DNA. We remind them they had inherited it. It didn’t start with them. And we promise them—yes, promise!—a healthy child, and use reproductive technologies like IVF and pre-implantation diagnosis to keep that promise.”