‘The Good Fight’ Against Intolerance 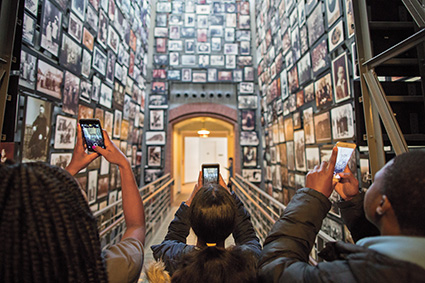 With 180 historical and contemporary photographs, more than 60 embedded videos, essays as well as timelines, this landmark book illustrates both the early victories as well as ongoing battles for equality and freedom experienced by different communities and groups in the United States—African-Americans, women, Native Americans, Latino-, Asian- and Jewish Americans (right, Tower of Faces exhibit in the U.S. Holocaust Memorial Museum in Washington) as well as the LGBTQ and disabled communities. The Anti-Defamation League, which fights bigotry and intolerance, supported the making of The Good Fight.