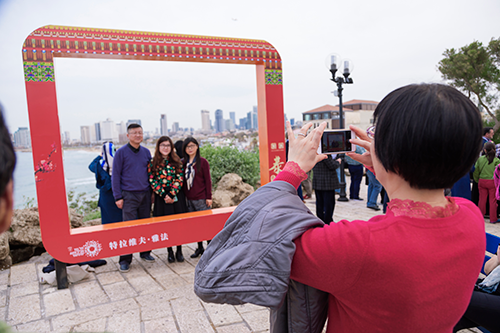 The group of Chinese tourists arrived in Israel at 3 A.M., bleary-eyed and hungry, and filed into the hall where the tour operator had arranged a light meal. But instead of digging in to the meat sandwiches and fresh vegetables set before them, the weary visitors just sat and stared at the food. Finally, they opened the sandwiches, took out the meat and ate it, leaving everything else.

This incident, which occurred several years ago, was the start of a learning curve for Yinon Ben Hod, who heads the Asia department of Sar-El, a major Israeli tour operator.

“Then we understood that vegetables have to be steamed, that bread is unfamiliar to them and that rice has to be part of every meal,” Ben Hod said of the early days of Chinese tourism in Israel.

Learning how to please tourists from the East and work with Asian travel companies has been essential for the country’s hospitality industry: Asia is now Israel’s fastest-growing tourism market, accounting for more than 10 percent of visitors in 2017. Tourism Ministry statistics show, for example, that the number of Chinese tourists more than quadrupled between 2013 and 2017—growing from 25,000 to 113,600. In the same period, the number of Indian tourists rose from 39,000 to 58,000.

Hainan Airlines entered the Israel route in April 2016, pushing roundtrip airfare as low as $669, with departure cities including Beijing, Shanghai and Guangzhou. Cathay Pacific has six weekly flights from Hong Kong. Meanwhile, Air India is in the final stages of launching direct flights from Delhi.

Israel is adapting to the new Asian market in many ways, and the Tourism Ministry—which in the last two years has rolled out $1.5-million marketing campaigns in China and India—is offering support to the hospitality industry to strengthen tourism ties with Asia.

The first obstacle in expanding the Asian tourist market is language. “We can’t keep up with the demand because there aren’t enough Mandarin-speaking guides,” said David Katz, assistant manager of Sar-El.

Ben Hod estimates that there are only about 60 such guides in Israel’s cadre of 5,000 active licensed guides. “Half are Asians married to Israelis,” he said. “The other half are Israelis who have learned Chinese.”

This year, the Tourism Ministry is offering grants of about $3,500 for tour guide licensing courses to speakers of various languages, including Japanese, Korean, Hindi and Indonesian, but gives preference to Chinese speakers.

To welcome Chinese visitors, the Tel Aviv Hilton has a Mandarin-speaking greeter: Benjamin Beaton, a Washington, D.C., native and former English teacher who learned Mandarin and Chinese customs while living in Taiwan.

When they know in advance that guests are Chinese, Beaton said, the hotel provides a welcome letter in Mandarin in their room as well as an electric teakettle and jasmine tea, slippers and access to a Mandarin television channel.

About four years ago, the hotel added a Chinese menu to its breakfast offerings—congee (rice porridge), dim sum and other traditional foods. According to Beaton, if a large group requests it, a meat breakfast can be provided.

To please the palate of a group of Indian guests who hankered for familiar flavors, Motti Verses, who heads public relations for Hilton Israel, last year enlisted the hotel’s executive housekeeper, a native of Calcutta, to work with the chef to cook up chicken curry, keema (ground beef) and gobi bhaji (a potato-and-cauliflower dish). The Tourism Ministry has also hosted Chinese and Indian chefs who have given workshops to restaurant and hotel chefs.

But making Asian guests feel welcome goes beyond food. In booking hotel rooms, for example, tour operators must be sensitive to the fact that in Mandarin, as in many other Southeast Asian languages, the word for “four” sounds like the word for “death,” Ben Hod said. “So we try not to put them on the fourth floor.”

Christian tourists, who constitute 40 percent of Asian visitors, tend to focus their sightseeing on Jerusalem. In this market specifically, the potential for expansion is huge, said Ben Hod, whose company specializes in Christian tourism. “There are tens of millions of [Asian] Christians who love Israel and dream of visiting Israel,” he said.

China is estimated to have at least 70 million Christians; India, 29 million; and the Philippines, 95 million. In China, Ben Hod added, Start-Up Nation, a 2011 book about the success of Israel’s high-tech sector, is a best seller. “Whereas in the West the Jews were hated for their success in business,” Ben Hod explained, the Chinese “want to imitate us and they see us and them as the two most ancient peoples in the world.”

One Chinese visitor was Rui Chen, who toured Israel on her own in June 2017, traveling by bus and train. Her motivation in coming to Israel was simple: “I’m Catholic,” said Chen, 35, who works for Merck pharmaceuticals as a liaison to doctors. “I wanted to see the holy places.”

Like many visitors to the country, she quickly became a goodwill ambassador. “I wrote to all my friends that it’s safe and that they should come to visit,” she said.

Kenny Cheung, 54, a pharmaceutical consultant in Hong Kong who travels frequently, said he came to Israel in August 2017 simply because he hadn’t visited it already. He was most impressed in Jerusalem’s Old City by “the mix of different people—Christians, Jews, Muslims—in such a small area.” In China, he explained, large swaths of land have a single dominant ethnic group.

In August 2017, a group of five Christian South Korean tourists wanted to see something very specific beyond the Christian sights: “We want to see a Torah scroll,” they managed to communicate with their limited English to Judy Labensohn, a writer and former Jerusalemite who encountered them in Jerusalem’s Central Bus Station looking very lost.

Labensohn phoned the Chabad rabbi in charge of the bus station’s synagogue. He came quickly, unlocked the Ark and allowed the visitors to see and touch a scroll. As Labensohn described the moment, “We are all visibly moved—the rabbi because six humans are looking at him with awe and gratitude, the South Koreans because this is the first time they have ever seen or touched a Torah scroll, and me, because I feel like I’m doing a good deed, spreading kindness in the world to representatives of a population who may be nuked next week.”

Both Cheung and Chen said they were unaware of Israel’s vigorous marketing in Asian countries. As part of that effort, the Israeli government in 2014 invested in the making of a Chinese blockbuster, Old Cinderella, in which the female lead, played by well-known actress Zhang Jingchu, is a tour guide who takes a group through the Holy Land.

And in May 2016, the Tourism Ministry brought Bollywood star Sonam Kapoor to Israel for a photoshoot for Harper’s Bazaar Bride, India. In the midst of the shoot, Kapoor said, “I want to come back here with someone I love, eventually, one day, just so I can explore it more thoroughly without having to work.” Her words were broadcast as part of a 24-minute program about her visit, filmed by India Today, an English-language television channel.

Some logistical details create challenges for Israelis working with the Asian market. Ben Hod noted that the Chinese tend to book closer to their actual trip than Western tourists, frequently make last-minute changes and are extremely sensitive to pricing. All communication is done in English. 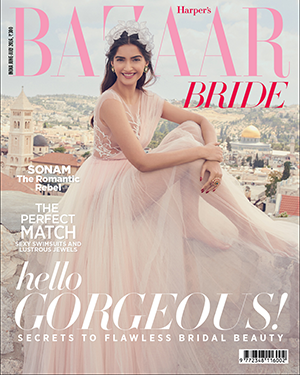 Also, Asian travelers  expect to pack their touring days. According to Sar-El’s Katz, an American group will start at 9 A.M. and finish at 4 P.M, having seen four or five sights, but “an Asian group will start at 7:30 and finish 12 hours later, and will visit nine to 10 sights.” And all this, he said, while using their mobile devices. “They need Wi-Fi everywhere, even more than we do. On the bus, too.”

And how do Asian tourists relate to Jewish sites that ostensibly are very foreign to them—for example, Yad Vashem, Israel’s Holocaust Martyrs and Heroes Remembrance Authority?

Some, like Rui Chen, find a deep connection through their own experience. In Nanjing, there is a museum similar to that of Yad Vashem, she said. The Nanjing Massacre Memorial Hall commemorates some 300,000 Chinese people killed by the invading Japanese in 1937.  So, she said, Yad Vashem “touched my heart.”

That’s a sentiment Israel hopes will be expressed by even more Asian tourists in the future.