By Joseph Lowin May 2019
Email 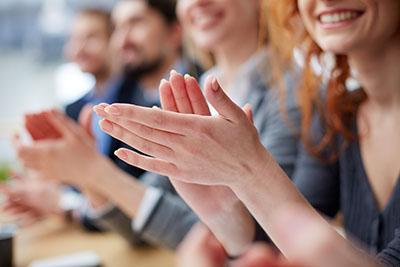 Are all the Hebrew words that are derived from the same three-letter root necessarily related to each other? While many linguists go to great lengths to harmonize conflicts, there is room for doubt. Take the example of the root ס–פ–ק (samekh, feh, kof), which is applied, variously, to expressions of doubt, considerations of supply and demand, clapping one’s hands (in anger or in joy) and the act of tying two ends of a rope.

A look at the sources is instructive. After 40 years of wandering in the desert, the Israelites prepare to enter Canaan by crossing through the kingdom of Moab. Fearful of being conquered by a formidable Israelite army, the Moabite king Balak summons Balaam, a prophet known for the efficacy of his curses, to put a curse on the Israelites. Instead, Balaam blesses them. The story’s narrator uses our root (borrowed from an Arabic word for slapping someone in the face) to focus on Balak’s reaction to this turn of events: וַיִסְפֹּק‭ ‬אֶת‭ ‬כַּפָּיו (va-yispok et kappav), the king clapped his hands in anger. The root takes on a different nuance in a later rabbinic prohibition, often ignored today: לֹא‭ ‬מְסַפְּקִין (lo me-sapkin), one may not clap on Shabbat, even on joyous occasions. It is possible, but doubtful, that “putting the hands together” in applause is similar to tying two ends of a rope together, as in בְּמְסַּפֵּק‭ ‬חֶבֶל‭ ‬עַל‭ ‬חֶבֶל (be-messapek hevel al hevel), when one ties one end of a rope to another.

Still another use of the root, relating to sufficiency, provides an ample supply of derivations, from סַפָּק (sappak), purveyor of goods, to אַסְפָּקָה (aspaka), supply. Pirkei Avot (1:16) hints—with an enigmatic use of our root—that every rabbi should have a personal rabbi: וְהִסְתַּלֵק‭ ‬מִן‭ ‬הַסָּפֵק (ve–histalek min ha-safek), “and remove yourself from doubt.” Hebrew University professor Avigdor Shinan explains that this means that a rabbi uncertain of his own halachic decision should have a rabbi “of his own” for consultation.