Is ElliQ the Senior Companion of the Future? 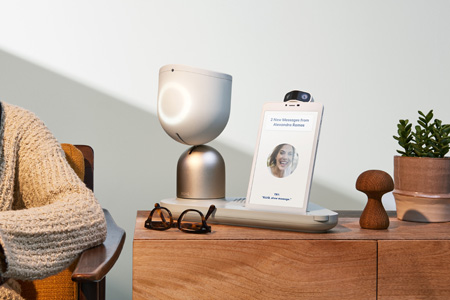 Everyone has an older relative who’d love to video chat with grandchildren but gets hung up on that pesky login. Someone who needs to be reminded to get up and stretch, or who’d relish an NPR podcast but isn’t sure how to find it on their smart device.

ElliQ—which is ideal for the senior who feels comfortable owning a smart device but can’t fully operate it—simplifies the socially connective technology that is reflexive for younger people, eliminating the complexity of downloads, apps and texts.

“If I send a picture to my grandmother of my wife and son at the beach, ElliQ will say, ‘You got a picture from Brian. Looks like they’re having a great time at the beach,’ ” Shulman explained.