The Bonds of Life: Remembering Those We Lost During Covid-19

Traditional Jewish mourning practices are largely impossible to observe during the coronavirus pandemic. But we can still come together to mourn those we’ve lost.

Government officials are updating us daily about how many people have died. But behind the numbers are individuals — parents and spouses, friends and colleagues, rabbis and teachers and neighbors — whose lives deserve to be celebrated.

We at the Jewish Telegraphic Agency, in partnership with the Forward and local Jewish newspapers around the world, aim to do just that. We’ll be memorializing those who die in the pandemic — and we invite you to join in.

If you’ve lost someone dear to you, we invite you to share their stories with us using this form. Thank you for telling us about your loved one. 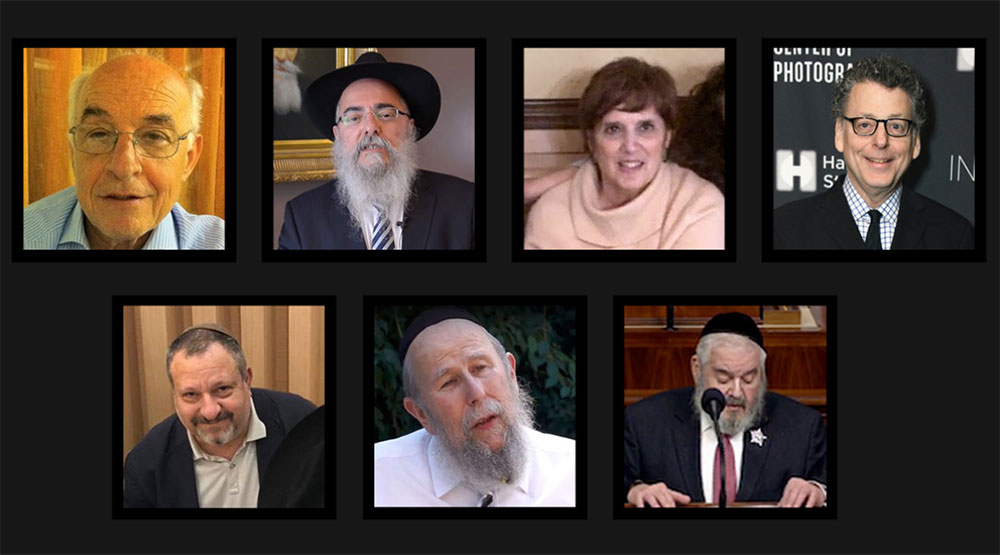 Daniel Azulay, 72, was a renowned Brazilian artist and educator. He died March 27.

Maurice Berger, 63, was a noted curator and historian. He died March 23.

Romi Cohn, 92, was a rabbi and Holocaust survivor who delivered a prayer in the U.S. Congress two months before his death March 24.

Shoshana Davis, 35, was a wife and mother who loved to travel. She died March 24.

William Helmreich, 74, was a sociologist of American Jewry. He died on March 28.

Neil Kraft, 69, was an American-born Reform rabbi in London who was due to retire weeks before his death March 27.

Yehuda Refson, 73, was the top Chabad rabbi in Leeds, England. He died March 23.

Giorgio Sinigaglia, 54, was a father of four and engineer who volunteered frequently in Milan’s Jewish community. He died March 23.

Steve Steiner, 75, was former director of public relations for the Orthodox Union. He died March 30.

Andre Toubol, 64, was a Chabad rabbi who led one of Paris’s top high schools. He died March 21.