The Book of V.

In one of the most anticipated books of the season, Anna Solomon masterfully interweaves the stories of three women: Lily, a contemporary stay-at-home mother living in a Brooklyn brownstone; Vee, a 1970s-era wife of a United States senator; and Esther, Queen of Persia. Solomon credits Michael Cunningham for the structure of her novel, inspired by his Pulitzer Prize-winning The Hours. Imaginative and vibrant, The Book of V. reaches back to the biblical Scroll of Esther, which Solomon mines as rich source material to explore themes of femininity, sex and power.

In homage to Mrs. Dalloway, the Virginia Woolf work upon which Cunningham based The Hours, much of the book follows Lily and Vee through a single day as both women prepare for parties. Lily spends her time worrying over her children, her marriage, even her choice to give up her career in favor of full-time motherhood—ending the day at a sewing party where she hopes a more “competent” mom will teach her to make Queen Esther dresses for her daughters’ Purim costumes. Meanwhile, she agonizes over the good-girl/bad-girl messaging of the stories of Esther and Vashti.

Vee’s party prep centers on an affair she is hosting for her husband and his powerful acquaintances. Amid dealing with florists and caterers, her husband forces himself sexually on Vee, demanding a baby (even as Vee secretly worries if she has remembered to take her birth control pill).

Although Esther’s story takes place over several months, her introduction also leads to a party—in her case, the opportunity to parade before the king and be chosen as his queen.

The Book of V. is Hadassah Magazine’s next One Book, One Hadassah national book club pick. Register here to join a live Zoom conversation between award-winning author Anna Solomon and the magazine’s Executive Editor Lisa Hostein on Thursday, August 20 at 7 pm EST.

Despite dissimilar backgrounds, the women share similar worries: How big a role should children play in their lives; the importance of motherhood and their own mothers. And what about desire? Is sex intended for pleasure (their own, or their husbands) or for power—and can it be both? Women’s groups also play a role in all their lives: Lily’s sewing group, Vee’s feminist consciousness-raising groups and, for Esther, the king’s harem. Yet, all three fear that the women they call friends might really be competitors. 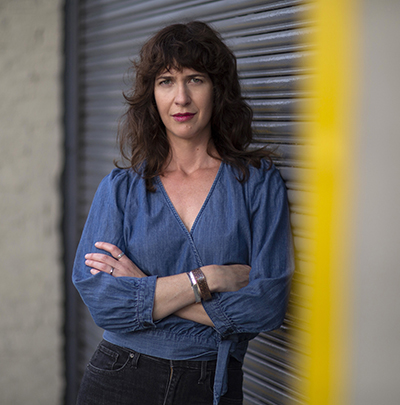 As the book progresses, a fourth woman appears—Vashti—and the novel takes on an added dimension as Solomon deconstructs Vashti’s role in the traditional Purim story. Solomon has said in interviews that, as a child, even as she dressed up as Esther, she had been fascinated with the former Persian queen who had refused the request of her husband, King Ahasuerus, to appear at his party and the negative lens through which Jewish tradition views her. When Vashti joins this novel, she tells her own story of how she stood up to the king—and who actually saved the Jews.

Through this reimagining of the Vashti story, Solomon reminds us that women are not archetypes, not just good or evil, but rather complex human beings. By the book’s conclusion, Lily and Vee have made peace with their choices. Indeed, Lily gives voice to the lesson that she has learned: “The type of woman you imagine yourself becoming does not exist.”