Inspired by the Teachings of Elie Wiesel and Martin Luther King Jr. 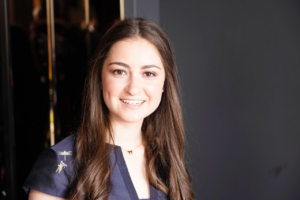 It was my freshman year of high school when over 500 people in a crowded auditorium gave a standing ovation to our guest speaker, a Holocaust survivor who had just finished telling her life story. I was filled with so much emotion. I was in awe of what she shared. I was proud to be a part of a secular school community that supported conversations like this. But it also saddened me to think about the lives lost and angered me that there is still so much genocide in the world today. Another part of me wanted to be embraced by my fellow Jews as we all silently acknowledged our understanding of one another’s shared experiences and history.

As I walked down the halls, I heard some of my peers exclaim that this was the first personal account of the Holocaust they had heard. I thought to myself, “How can this be?” The Holocaust affects me deeply every day of my life. I am constantly reminded of my paternal grandfather and his parents who escaped Poland. Forced to leave behind family, they made hard decisions that no one should have to make. Every culture has a story, and the Holocaust plays a large part in our Jewish story.

In the fight for social and racial justice, if I am being honest, I have been mostly a bystander. But moments like those in the auditorium and in the rise of the Black Lives Matter movement have inspired me. As a Jew,

my perception of our culture has been shaped largely by the Holocaust. When I read Elie Wiesel’s memoir Night, I was heartbroken by the story but also amazed by his perseverance. His quote, “Wherever men and women are persecuted because of their race, religion, or political views, that place must—at that moment—become the center of the universe,” resonated with me. During the Holocaust, Jews were singled out and persecuted because of their religion.

Today, Back people are being discriminated against because of their race. I know my great-grandparents, their family members and their friends who escaped or perished during the Holocaust would have wanted others who were free to have fought for them. The Black Lives Matter movement should now “become the center of the universe.” I strongly believe we must look to history and see the parallels to stop the pattern of hate that has led to so many feeling unsafe, unloved and unwelcomed.

I am influenced by Wiesel’s words and inspired by the rise in activism among my fellow teens. I have promised myself that I will join high school organizations that are trying to make “good trouble, necessary trouble,” as the late Congressman John Lewis once said. Over the summer, I joined conversations about Black Lives Matter at my family’s temple, Congregation Rodeph Sholom. Now, we are discussing important topics through social media to try to come up with impactful ways to make a difference within our community. I also have joined a program with fellow teens at Repair the World, an organization focused on tikkun olam.

How can I and so many other awakened teenagers in the Jewish community best make a difference fighting for social and racial justice? Martin Luther King Jr. said, “In the end, we will remember not the words of our enemies, but the silence of our friends.” His words speak to me as someone who is part of a community that includes Black teens and who is part of a society that listens to and worships Black artists. We must

stand together with our friends and those whom we support and listen to their cry for help.

Elie Wiesel and Martin Luther King Jr. were born into two different lives, but they both had experiences that shaped their outlook on the world. They both faced harsh discrimination for who they were, which led to their fight for a world with less hate and more acceptance. I must find the parallels in my own life.

When I see a young Black girl being discriminated against, I must ask myself, “What I am going to do? How am I going to create change and what have I done to make this girl proud?” As a Jew, I have to hold myself accountable for the covenant I have made to myself and my community to question the world when something is not right. I must help provide any person—friend or stranger—a safe, comfortable community where they can grow to reach their potential in life.

Natalie Carnoy, a 16-year-old resident of Manhattan, is a junior at the Dwight-Englewood School in Englewood, N.J., who loves to travel and advocate for Jewish causes.