My Family History Inspires My Work With Immigrants 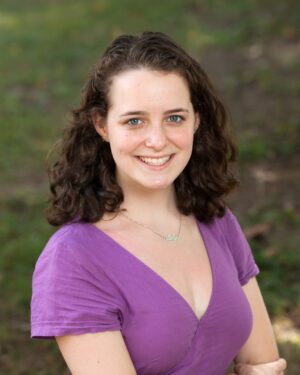 As a Jewish woman, I am inspired on the most basic level by the words of my Jewish ancestors, and by the reinterpretation of those words by modern-day Jewish scholars. In my daily life, I am inspired by the people around me who I see emulating Jewish values—my family, friends, teachers, scientists, politicians—whether they are Jewish or not. In particular, I am inspired to work on refugee and immigration issues because of my own family history.

In 1946, my great-grandfather, Malkiel Piecarz, had just survived the Holocaust by hiding out in barns and woods in Poland, but his wife and children had not. He was a refugee with no safe place to go. He tried to make it to Palestine, but was turned away by the British. Malkiel’s two brothers had immigrated to the United States before the war began, and they tried to make arrangements for him to join them. However, our country was not opening its arms widely to Holocaust survivors.

Obtaining a visa turned out to be very difficult, until kind Jewish strangers stepped in.

These strangers arranged for my great-grandfather to work for them in New York City, which enabled him to enter with a work visa, which was much easier to obtain. It’s unclear whether Malkiel actually ended up working for these people once he arrived in New York, because soon after he moved to Ohio to live near his brothers. But either way, because of the strangers who offered Malkiel a job, I was able, three generations later, to grow up in the United States.

I feel that I should—indeed must—work to extend the opportunities I’ve had to other people searching for a better life, just as someone did for my great-grandfather. For this reason, two years ago, I started volunteering at classes to teach English and civics lessons to refugees and immigrants, and it quickly became one of my favorite parts of each week.

The purpose of the class was to aid these newly arrived men and women in their searches for well-paying jobs and to prepare them for the citizenship test they would take five years after their arrival in the United States. At first, my role was to assist the teachers by working with students one-on-one or in small groups. However, the civics teacher left abruptly, and I stepped up to teach the lesson. At first, it was hard—I had never planned lessons before and I was teaching adults. But I learned as I went, and two months later, one of my students took the citizenship test. She passed with flying colors—and continued to come to the class each week.

The impact of the class was measured in tangibles—the number of students who found better jobs and who gained their citizenship—but the benefits to both myself and the students far exceeded these things. One week, as a farewell to a volunteer heading off to the army, we held a potluck meal. We invited the students’ friends and family and asked each guest to contribute food from their culture. We arrived bearing heaping plates of injera, tamales, kibbeh, fufu and more. I, the Modern Orthodox American Jew, brought challah.

After enjoying food with flavors as diverse as the faces in the room, we turned up the music. A student from Guatemala began to dance the mambo. Everyone joined in to learn the moves, and one by one, students each led a dance they knew from back home. The other volunteers and I taught the Cotton-Eyed Joe line dance. When we were all dripping with sweat and laughing so hard we couldn’t breathe, we collapsed on our chairs and smiled for pictures.

But the part of the night I’ll hold with me forever is when a student in the class stood up and told us we were her family. She explained that when she was resettled in the United States from Niger, she knew nobody but her husband. She spent much of her time talking to the people she left behind and feeling like she’d never find her place in this country. But once she started coming to class each week, she knew she’d found her home among us, the teacher, volunteers and classmates from all over the world.

That night, I realized that the biggest impact I can make is not through dollars or donations. The most important thing is to help create a

community that is safe, loving and caring for all. Not only do I want to help make a difference in someone else’s life, it is my privilege and duty as a Jewish woman to do so.

Aidyn Maya Levin is an 18-year-old from Atlanta, Ga., who is spending the year in Jerusalem on the Shalom Hartman Institute’s Hevruta gap- year program. She will attend Barnard College in the fall.