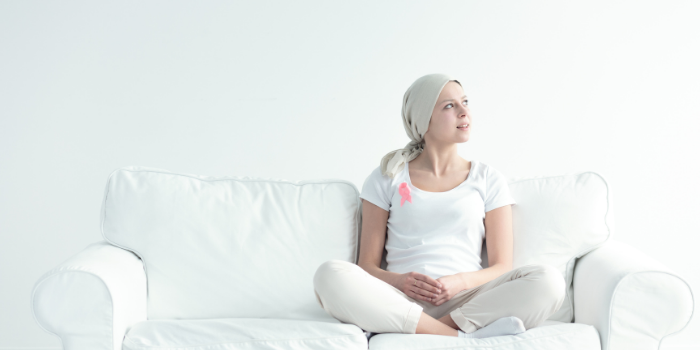 Last October, early in the pandemic’s second lockdown, I answered the phone to be told I had thyroid cancer. Not, of course, in so many words. I had had a biopsy, and the message I received from my doctor’s office was to come in at once. So I was fairly certain of the biopsy results. After making an appointment for later that day, my first reaction was to get into the shower and repeat to myself: “I’ve got cancer.”

Thankfully, my story ended quickly and well. Today, 11 months after surgery, I am cancer-free. But I have new empathy for the 31,000 Israelis diagnosed with malignancies each year. And, as one of 3,500 new cancer patients treated annually at Hadassah Hospital Ein Kerem, I now understand in my gut what the hospital means to its patients.

If his name sounds familiar, it’s because his father, Dr. Mordecai Popovtzer, headed nephrology at Hadassah from 1978, when he emigrated from Philadelphia, until retiring in 2002. The younger Popovtzer, 9 years old when the family made aliyah, specialized first in otolaryngology, then in oncology and radiotherapy and finally in head and neck cancers. With that career history, Dr. Popovtzer is now introducing to Hadassah innovative therapies that include diffusing alpha-emitters radiation therapy, whose laser-focused rays eradicate tumor cells while sparing surrounding tissue, and personalized radiation, which uses artificial intelligence to adapt radiotherapy to individuals.

“We’ve seen a 30 percent increase in patients this past year alone,” said Dr. Popovtzer, who became head of the Sharett Institute in July 2020. That number is in line with steadily increasing global incidence of cancer. “With almost 30,000 day visits, 40,000 in the clinics, 25,000 radiation oncology treatments and numbers still growing, we’ve run out of space.”

A new oncology center, adjacent to the Sharett Institute, is in the planning stages. It will bring all resources together in a one-stop shop, from clinics and outpatient treatment to radiotherapy, surgery, laboratories and research. In addition, the center will house specialized units for treating colorectal and breast cancer and melanoma as well as departments for psycho-oncology, pain relief and early detection and prevention.

Jerusalem marketing executive Mia Rafaeli had thought her stomach pains were stress. Work was frantic, her 17-year-old daughter, Avishag, was in Mexico for a month and her mother had suffered a stroke. Her ex-husband was long gone.

“When the pain continued, I sought help, and a large cyst was found on my ovary,” she said. “I was more annoyed than alarmed. Hadassah took it out by keyhole surgery in June 2019. Avishag, back from Mexico and beginning her Israel Defense Forces service that same day, was seen off by her elder brother and sister.”

The pathology, which Rafaeli had assumed was “just ticking a box,” found that her excised cyst was not only malignant but contained a second mass carrying a far rarer and more virulent cancer. “At least I got it right statistically,” she said, ruefully. “The average age for ovarian cancer is between 40 and 50. I was 45.”

There were more statistics for Rafaeli to learn: According to the World Cancer Research fund, ovarian cancer is the eighth most common malignancy in women worldwide (lifetime risk is 1 in 78) and ranks fifth in cancer deaths among women.

“Ovarian cancer is known as the silent killer,” said Dr. Shani Breuer, head of the Sharett Institute’s inpatient ward and onco-gynecology unit. “It is not usually detected until it’s advanced, because in its early stage, it rarely causes symptoms.”

Not long after the malignant cyst was removed, Rafaeli was back in Hadassah’s operating room, this time for surgery to remove her uterus and ovaries, followed by six months of chemotherapy. “It was brutal,” Rafaeli said of the chemotherapy. “I’d tell myself: ‘Just get through the next hour.’ And then I’d push myself through the hour after that. The Hadassah team was wonderful. They encouraged me to live as normally as I could. And I worked hard on myself. I chose life. There wasn’t a day I didn’t remind myself I was lucky to be alive.”

By early 2020, her chemotherapy course was completed, but coronavirus had arrived. “I was free of cancer but very weak, and had to be super careful,” recalled Rafaeli. “So, like much of the world, I went online.”

Using her marketing background, Rafaeli started a social media campaign on Mama-tzik, a private, Hebrew-language, women-only Facebook group with some 650,000 followers. In posts to the group that were widely shared, she encouraged awareness and promoted screening for ovarian cancer through a blood test or ultrasound. “I had a message to get out: ‘Check for ovarian cancer!’ And women listened. One, diagnosed as a result, wrote: ‘Your terrible experience has saved my life!’ The daughter of another told me: ‘My mom is alive because of you.’ ”

Now, Rafaeli has started a second social media campaign, putting pressure on Israel’s Health Ministry to help women who cannot pay for their cancer treatments. “Not every anti-cancer drug is covered by the health funds. There are women with cancers for which there’s treatment, but they can’t afford it,” she said. “That’s unacceptable, and I’m fighting to change it.”

Smadar Roll, an active 57-year-old mother and grandmother from Karmiel in northern Israel, sees herself as a healthy person. Trim and strong, she works, travels, exercises and gardens. She has also been battling cancer since 2012.

“I was never unwell and didn’t know what hit me when the headaches began nine years ago,” she said. “It was August. I was preparing for the coming year at the special education kindergarten where I work, and I couldn’t think straight. Then I couldn’t bear light, couldn’t eat, vomited, fainted.”

A CT scan at a local hospital showed a mass in her brain. “They had no neurology department, so I was transferred to a larger hospital,” recalled Roll. “Thirty-six hours later, I was in surgery.”

“The surgery went well,” said Roll. “My brain tumor was gone—but they identified it as secondary from cancer in my breast. Good news, bad news, right? I didn’t have brain cancer, but I did have breast cancer.” Her husband, Asher, went online to check for Israel’s best oncology center—“and that’s how we ended up at Hadassah.”

Breast cancer is the most common malignancy in women in the West, and Roll was one of 4,500 women in Israel newly diagnosed with it each year. While many breast cancers in Israel are linked with BRCA mutations (found in 1 in 40 Ashkenazi women compared with 1 in 700 non-Ashkenazim), Roll’s cancer resulted from an extra copy of the HER2 gene.

“HER2-positive cancer tends to be more aggressive than other types of breast malignancy, but its treatments are very effective,” explained Dr. Breuer.

“For two years, I did really well,” said Roll. “Then the chemotherapy drugs stopped working.” They put her on a second medication that became ineffective after a couple of years. Dr. Breuer then moved her to another intravenous medication.

Roll has recently switched to new chemotherapy drugs to prevent the cancer’s recurrence—a treatment that can be taken orally. “I’m lucky my cancer is common and being intensively researched, so there are always new solutions,” said Roll, who views her cancer as a chronic disease, like diabetes or high blood pressure. “And I’m unbelievably lucky to have Shani. She tells me 40 percent of my treatment is from her, and the other 60 percent is my positivity.”

Aya Gonen was 30 when she was told she should terminate her pregnancy with her second child in order to treat the breast cancer that had spread to her brain: “My Hadassah neurosurgeon, Dr. Yigal Shoshan, held my hand when he said: ‘I know your daughter has waited eight years for a sibling, but if that means losing her mother, she wouldn’t want it. Your pregnancy is too risky.’ With the heaviest of hearts, I terminated.”

That was in 2017, and by then, Gonen had already fought off aggressive breast cancer four times in seven years. She was first diagnosed in 2010, at the age of 23. When she was seven months pregnant with her oldest daughter, Liya, “I felt a lump in my right armpit, which my family doctor connected to the pregnancy,” Gonen said. It was still there after Liya’s birth, and “my gynecologist referred me to a breast surgeon, who sent me urgently to the hospital. After a bunch of tests, I heard them say ‘malignant tumor.’ After that, I heard nothing.”

Mastectomy was followed by what Gonen called “the all-inclusive package”—chemotherapy, radiotherapy and immunotherapy. And then it was over. For the next two years, she cared for Liya, worked, grew her hair back and tried to reconcile what had happened to her. And then, early one morning, she went into convulsions.

She went back to Hadassah, where Gonen learned that her cancer had metastasized to her brain. At age 26, she was in surgery to extract the tumor, and then in radiotherapy. Within the year, another brain metastasis brought her to the OR again. “I suggested that Dr. Shoshan put in a zipper in my head,” she recalled. Six months after that, there was a third. And a year later, a fourth.

“I was caught in a loop in an unfair fight,” she said. “At times, it seemed simpler just to give up. I thought of making Liya a box with gifts and blessings for her bat mitzvah, IDF service, wedding—times I wouldn’t be with her—but then I forced myself to be positive.”

Despite the difficulties, Gonen and her husband, Tamir Ben-Yehuda, who live in northern Israel in Migdal HaEmek, were determined to give Liya a sibling. In 2018, using in vitro fertilization and a surrogacy agency in the country of Georgia, Shaya, their second daughter, was born.

Gonen has been disease-free for four years now, though she remains on preventative oral chemotherapy and immunotherapy that will likely be lifelong. Meanwhile, she has been lecturing throughout Israel, offering tools to use positive thinking to help manage illness as well as advising on navigating the unique challenges that cancer brings to relationships, motherhood and self-image.

“My message is that life is here and now,” she said. “While we can’t control what happens, we can choose how we cope with it.”

When Thanksgiving Spills Into Hanukkah

Readers Respond: Letters to the Editor

Telling Time During the Month of Cheshvan