Abortion Before Roe: ‘I Was Ready to Kill Myself’ 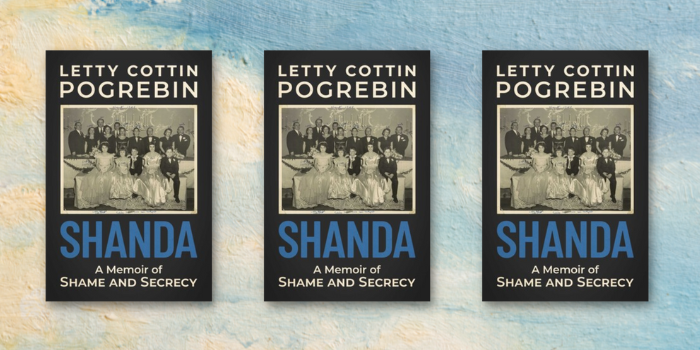 I seemed to have missed the memo on contraception, an ignorance partly attributable to my deceased mom not being there to explain ovulation and partly to the fact that I trusted street myths like, “You can get pregnant from sperm on a toilet seat, but you can’t get pregnant if you do it standing up.”

Had Mom lived, I probably would not have confided in her, anyway; talking about sex would have embarrassed us both. Like many Jewish mothers of her generation, her medical specialty was constipation and her all-purpose cure was a warm water enema. Everything else in the physical realm fell beyond her purview. All of which explains why I was dumb enough to have sex without a condom and get pregnant in 1958, the fall of my senior year at Brandeis University.

At that point, all I knew about abortion was that it was illegal and it cost hundreds of dollars, money I did not have. So, despite being paralyzed with fear and shame and anticipating his deep disapproval, I told my father, a proudly pragmatic but emotion- ally unavailable lawyer, that I was pregnant and I wanted an abortion. He didn’t try to talk me out of it. He didn’t ask me who the boy was. He didn’t lecture or scold me. (Neither did he comfort me.) He just told me he would take care of it. I have no idea how—maybe there was a Jewish mafia in Queens, N.Y., where I grew up—but he found a gynecologist not far from his apartment in Jamaica who performed the procedure in the dead of night. It cost $350 ($3,500 in today’s money), and I paid him back every cent from my hourly wage (working for Rabbi Irving “Yitz” Greenberg, then the rabbi at Brandeis Hillel). For the remaining 25 years of my father’s life, neither of us ever mentioned that episode again. It would have shamed us both.

WATCH: One Book, One Hadassah presents Shanda: A Memoir of Shame and Secrecy, a virtual discussion with author and feminist icon Letty Cottin Pogrebin.

In 1991, I went public with my illegal abortion in a column published in The New York Times Magazine. I intended to rebut those who, without regard for our bodies, health, feelings or circumstances, insist that women carry an unwanted pregnancy to term, like a brood mare, then give the baby up for adoption.

What I did not admit in that column, or anything else I’ve written in the last half century, was that in the spring of my senior year, six months after the first abortion, I was pregnant again. Going back to my father, or the gynecologist in Jamaica, was out of the question. I was supposed to have my life under control. I was supposed to be a smart girl. Graduation was a few weeks away. I had a full-blown panic attack. How could I make the same mistake twice?

In my world, Nice Jewish Girl was not a cliché, it was an edict. A Nice Jewish Girl was expected to pick up her college diploma with an engagement ring on her finger and an intact hymen. A pregnant Nice Jewish Girl was an oxymoron, the mother, so to speak, of all shandas. I’d heard stories about girls being spirited out of town before they could “show” and kept out of sight until after they delivered, their parents having invented an elaborate story to cover for their daughters’ half-year absences. (“Arlene is taking a semester abroad.”“Laurel won a scholarship to a school out West.”) After giving birth in secret, and a discreetly arranged adoption, the daughter returned home, her reputation unsullied, her appearance unchanged, and none were the wiser.

The alternative to that scenario, giving birth and keeping the child, was unthinkable. While the boy in question was rarely identified by name, the girl was disgraced, her child called a “mamzer” (incorrectly translated as “bastard,” which, in those days, wasn’t just a swear word but the term used for a baby “born out of wedlock”).

Shanda: A Memoir of Shame and Secrecy is Hadassah Magazine‘s One Book One Hadassah book club pick for October. Join us on Thursday, October 20 at 7 PM ET/4 PM ET, as Executive Editor Lisa Hostein interviews feminist icon Letty Cottin Pogrebin on the fear of shame and stigma that indelibly marked her upbringing in an immigrant family in Queens, N.Y. This event is free and open to all. Register here.

My unwanted pregnancies were far and away the most shameful secrets of my youth. I didn’t confide in anyone in my family, not my married sister, Betty, who was 14 years older than I, or my married aunts or female cousins, most of whom had multiple children and presumably knew a thing or two about sex. I couldn’t tell them because, in my eyes, they were moral exemplars and I was a scarlet woman. The idea that any of my upstanding female relatives might excuse my transgression, much less know where to find an abortion doctor, was beyond my imagination.

Much later on, I discovered from Betty that the three women closest to me in the world—my adored sister, mother and grandmother—had all had abortions. The revelation was not just shocking; it was heart-rending, infuriating and life-changing. It taught me that when it comes to abortion (or any issue important to women), shame and secrecy are self-defeating. Not confiding in intimate family members and friends to protect my Nice Jewish Girl image cheated me of the benefits of their love, wisdom, experience and counsel.

But at that time, rather than face their judgement, I decided I would kill myself. With no access to a weapon or a lethal drug and being too squeamish to slash my wrists, I narrowed my options to leaping off the Bronx-Whitestone Bridge or jumping in front of a subway train. My roommate, Selma Shapiro, noticing my distress, kept hounding me to tell her what was wrong. Finally, I blurted out the truth. She let me cry on her shoulder then walked me downstairs to the quarters of our dorm counselor, Lisel Judge, whose day job was coaching the Brandeis women’s fencing team, but who also served as an unshakable, unflappable confidante to female students. Lisel comforted me without making a big deal about it. She said I wasn’t a bad person, I just needed to get measured for a diaphragm. The next morning, she plugged into an underground network of abortion whisperers and directed me not to a seedy back-alley abortionist with dirt under his fingernails but to a licensed physician, the saintly, soon-to-be legendary Dr. Robert Spencer.

I called for an appointment, trembling with anxiety. Dr. Spencer’s plainspoken nurse told me what to expect of the procedure and what to pack for my overnight stay at the doctor’s clinic in Ashland, Pa., where I would be observed post-op. Oh, and one more thing: Should I have a car accident or get stopped for any reason on the New Jersey or Pennsylvania turnpikes, she said I was to tell the trooper I was a patient of Dr. Spencer’s, and he, the officer, would let me go with a warning or arrange for my car to be towed and alert the clinic that someone needed to come to pick me up. That sounded bizarre, but the nurse was so matter of fact, I just took down her instructions. Fortunately, Selma drove me to Ashland without encountering law enforcement.

But for years afterward, I heard parallel accounts from other women who’d been Dr. Spencer’s patients, several of whom claimed to know why his name worked as a Get Out of Jail Free card. Apocryphal or not, the story was that the good doctor had once saved the life of a trooper’s daughter who was near death after a botched kitchen table procedure and, since that time, the officer’s colleagues up and down the highways in both states had been protecting Dr. Spencer and his patients. (And, when necessary, sending their own wives and daughters to his clinic.) By the time he died, Dr. Spencer had performed more than 100,000 safe abortions in his spotless clinic.

In June 1963, five years after my second abortion, I met the man who would become my husband and within three months of our first date we were engaged. Nothing required me to fess up; I knew Selma would never tell. But given how abortion was reviled back then, I felt it morally unconscionable to begin our life together without confessing my shameful secret. I announced to my fiancé that I had to tell him some- thing that might make him change his mind about me. At that point, the thought of losing him unleashed torrents of sobs so convulsive, I could barely continue. He waited, heard me out, then took me in his arms. “None of that matters,” he said. “All that matters is us and our future.” We were married three months later. That was 58 years and three wanted children ago.

I will be forever grateful to Selma, a lifelong friend; to Lisel, my dorm counselor, who died in 2017 at the age of 101; and, above all, to the nonjudgmental Dr. Spencer, who, risking his career and worse, safely terminated my inadvertent pregnancy. It was his commitment to women’s autonomy, not to the state or someone else’s religious beliefs, that allowed me to graduate with my class, move on with my life and wait until I was ready to settle down with a loving mate and establish a stable home in which our children could be welcomed, cherished and nurtured to adulthood.

Dr. Spencer’s clinic was pristine. He and his nurse attended to me with the utmost sensitivity and respect. Yet, I have never gotten over the indignity of the clandestine, the terror and loneliness, the shame. Had abortion been legal then, I could have been spared all that. Were sexually active young women not branded as trollops who disgraced their families and brought shame on The Jewish People, I would not have come so close to killing myself. I kept that chapter of my life hidden from those closest to me because abortion was scandalous and ruinous, not to mention dangerous.

Thousands of women lost their lives to bungled illegal procedures, self-induced abortions (knitting needles, lye, throwing themselves down a flight of stairs) or suicide. Because their parents, husbands and friends were too ashamed to admit how and why those women died, and too timid to advocate for reform, it took the feminist movement and a Supreme Court decision to give us the right to control our own bodies. Post-Roe v. Wade, my daughters and granddaughters grew up in a different world, one in which (most) women were free to determine their own futures, unshackled to state intervention in their reproductive lives.

Clearly, that world is coming to an end. And that constitutional right— constantly challenged, amended and eroded—is vanishing.

Letty Cottin Pogrebin is a writer, activist and founding editor ofMs. Magazine. This article is an adapted excerpt from the forthcoming Shanda: A Memoir of Shame and Secrecy© 2022 Letty Cottin Pogrebin. Published by Post Hill Press. Used with Permission.