As the food editor at Hadassah Magazine, my desk is piled high—think deli corned-beef sandwich high—with cookbooks, most hardcover and professionally, stunningly photographed. But, since late last year when I issued a call for cookbooks, there has been a new, ever expanding column of mostly paperback, spiral-bound books in my corner of the office, this one dedicated to Hadassah chapter and regional cookbooks.

These tomes are the labors of love of hundreds of Hadassah members, and each one is a treasure. Not surprisingly, the titles contain hundreds of similar dishes, from every kind of kugel you can imagine to apple cakes, tzimmes, hummus, latkes…you get the idea. But it was not difficult to find something unique in each, or a particularly good representation of a comfort classic: It is those gems I want to highlight, with an emphasis on healthful summer cooking and seasonal produce, since warm weather is just around the corner. 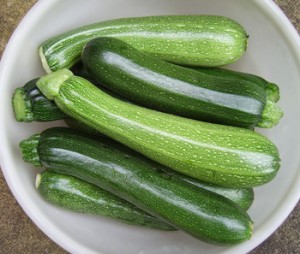 Heat olive oil and sauté the onions until golden. Add the garlic and stir. Add the tomatoes, zucchini and stock. Cover and simmer for 10 minutes. Add the herbs. Cover again and simmer for 15 minutes. To serve, sprinkle grated cheese over the top. 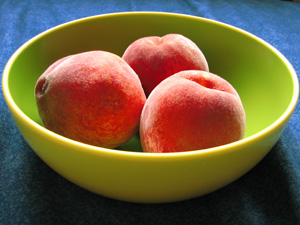 Simmer potatoes in water until tender. Do not overcook. Drain and set aside. Place the rest of the ingredients in a large bowl and mix very well. Add hot, cut up potatoes and stir to incorporate. The salad will keep, refrigerated, up to one week.

Cook rice according to package directions, omitting fat and salt. Cool to room temperature. Combine boiling water and sundried tomatoes in a bowl and let stand for 30 minutes or until soft. Drain and cut into 1-inch pieces. Heat 1 1/2 teaspoons oil in a large skillet over medium high heat then add spinach and garlic. Saute for 3 minutes until the spinach wilts. Combine rice, tomatoes, spinach mixture, cheese, olives, oregano, salt and pepper. Drizzle with remaining olive oil and toss to coat. Sprinkle with pine nuts. 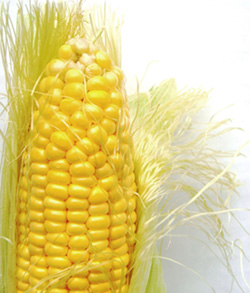 In a large pot of boiling water cook the corn 3 minutes. Drain and immerse in ice water to stop the cooking and to set the color. When the corn is cool, cut the kernels off the cob, cutting close to the cob. Toss the kernels in a large bowl with the red onion, vinegar, olive oil, salt and pepper. Just before serving, toss in the fresh basil. Taste for seasoning and serve cold or at room temperature.

Combine all above ingredients in a large salad bowl

Combine all dressing ingredients in a saucepan. Boil for 1 minute. Pour sauce over the bok choy and toss thoroughly. Makes 6 servings. To use as a main course, add diced cooked chicken.

Middle Eastern Beet Salad
From Who Made That? A Collection of Recipes by State College Hadassah, State College, Pennsylvania, contributed by Lynn Schlow.

Simmer beets until fork tender. (Canned beets may be used but fresh are preferred.) Combine olive oil, balsamic vinegar, honey and cumin. Pour over beets and let sit for at least half an hour. Salt and pepper to taste. Garnish with chopped cilantro. Keep refrigerated but bring to room temperature before serving. 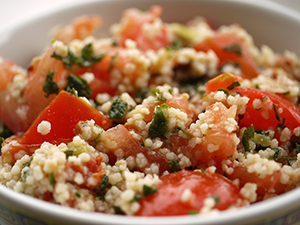 1. To make marinade, combine the vinegar, mustard, garlic, 1/3 cup olive oil, salt and pepper. Whisk vigorously do the mixture emulsifies and is well combined.
2. In a separate bowl, combine the zucchini, tomatoes and onion. Pour half of the marinade over the vegetables and let stand at room temperature for 15 minutes.
3. In a pot, heat the broth and then add the powdered bouillon (if using). Keep warm.
4. In a large pan, melt the margarine over medium heat. Add 1 tablespoon olive oil and then add vegetables and the marinade. Saute for about 7 minutes. Remove the vegetables with a slotted spoon, leaving some of the marinade in the pan.
5. Add the couscous to the pan with the marinade and toast for 3 to 4 minutes or until lightly golden brown. Cover the couscous with the hot broth, and bring to a boil. Lower to a simmer and cook, covered, about 8 to 10 minutes, or until couscous is tender and liquid is absorbed.
6. Stir in the vegetables and toss with remaining marinade. Serve this at room temperature.