DVD Documentaries, Patterns of Evidence and The Return 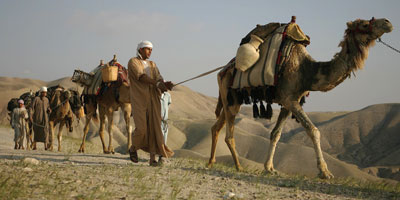 Filmmaker Timothy Mahoney spent 12 years searching for archaeological proof of the biblical Exodus. He interviewed scholars, archaeologists and rabbis as he traveled to England, Sweden, the Netherlands, Egypt, Israel and even Saudi Arabia. Though most archaeologists claim they find no evidence of the Exodus, he uncovered startling finds that challenge conventional archaeology. This is a groundbreaking documentary. Thinking Man Films. —Sara Trappler Spielman

The Return
On the crumbling wall of a former synagogue in a small Polish town, a graffiti artist has written “Jews, We Miss You.” The four words symbolize a new attitude by Poles toward the remnants of the once-massive Jewish community, spurred by a revival of Jewish culture. The lively documentary by New Yorker Adam Zucker tracks the aspiring renaissance through the lives of four young women. 7th Art Releasing. —Tom Tugend