Israel has a few navigational challenges. Consider Straus Street in central Jerusalem. Named for the philanthropist Nathan Straus, for almost a century the street has been a bustling hub, straddling the city’s secular and Haredi communities and housing various medical facilities, including Hadassah’s Nathan & Lina Straus Health Center, opened in 1929.

But the signposts with the Straus name go on for just four blocks. At its northern end, the street continues but the name changes to Yehezkel; to the south it becomes King George Street. King George becomes Keren HaYesod, then King David, then Derech Beit Lechem, then Emek Refa’im and, finally, Pierre Koenig. One street, six miles, eight names.

A similar story can be told of virtually any stretch of road between Dan and Eilat. It’s symptomatic of a small country with a long and deep history: If you want to honor more than 5,000 years worth of kings and queens, prophets and statesmen, pioneers and heroes, scientists and writers, historic dates and events, no street can carry the same name for more than a few hundred yards. No wonder Waze was invented in Israel.

The Jewish calendar is as densely packed with historic and religious markers as Israel’s streetscape. There was a time when the seven weeks between Pesach and Shavuot—the celebrations of freedom and receiving the Torah—were holiday free. But in the 20th century, Jewish history went into overdrive and our calendar packed new dates into the old grid.

Any date important enough to merit a holiday makes us pause and remember, but Yom Hashoah, which falls five days after the end of Pesach, literally makes Israel stop. At 10 A.M., as air-raid sirens sound, traffic on the roads comes to a halt and drivers stand in silence outside their cars for two minutes.

A week later, on Yom Hazikaron—Memorial Day—once again the sirens sound and traffic stops as Israel honors its fallen soldiers and also victims of terrorism. In the two weeks after our festival of liberation, we are reminded of the price our ancestors paid for exile and the sacrifices made, even today, in defense of the Jewish nation. 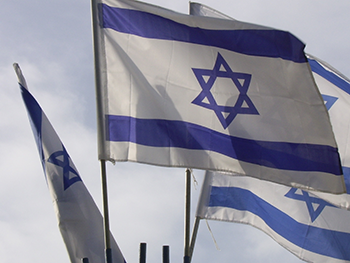 Yom Hazikaron is followed immediately by Yom Ha’atzma’ut, Israel’s Independence Day, celebrating the nation’s rebirth in 1948. Although it began as a national and secular holiday, all of the religious movements eventually integrated it into their liturgy, reminding us of the holistic nature of Jewish peoplehood and faith.

Amid the history lessons on Israel’s street signs and embedded in the calendar, we live our normal lives. We may complain occasionally of stimulus overload but deep down we know that the thicket of names, dates and commitments is a sign of the richness of Jewish civilization, never more so than at this time of year. The truth is that in the crowded confines of Jewish time and space, the blessings far outweigh the challenges.

“If you want something done,” says the old adage, “give the task to a busy person.” To be a committed Jew is to be busy. Anyone who has ever davened shacharit knows what it’s like to read a book from cover to cover before going to work in the morning. Anyone who juggles family, career, friends and volunteer activity knows about full calendars. A people forced to move from one country to another for 2,000 years can take a street with serial name changes in stride.

Our history and the values instilled by our faith have conditioned us to learn from experience and get things done, to improve the world and improve ourselves in the process. And among the important ways we continue to learn and remember are reading our street signs and calendars.

Hadassah founder Henrietta Szold is on Israel’s map, with streets in Tel Aviv, Haifa and Jerusalem bearing her name. She is also on the calendar: In recognition for her work in rescuing refugee children through Youth Aliyah, Israel set Mother’s Day (now Family Day) for the Sunday in February nearest to Henrietta’s yahrzeit. In Israel we don’t just use space and time. We also give them names.

From Generation to Generation, Celebrating Hadassah at 100