The Challah Mummy Gets Creative With Tradition 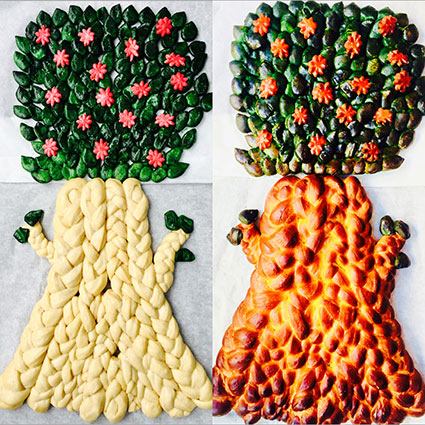 Once upon a time, Allegra Benitah didn’t have the energy to get a proper dinner on the table, let alone express herself through food. A University of Cambridge graduate, she had been working crazy hours as a tax lawyer at London firm Clifford Chance for five years, her days largely taken up by numbers, legal clauses and traffic jams. It wasn’t until she had her first child, Ezekiel, who is now 4, that she decided to leave her job and become a full-time “mummy.” Two years ago, she and husband welcomed daughter Neroli.

It was at a challah-baking workshop at her son’s school that Benitah discovered her natural talent for preparing the bread. Today, she goes by the internet pseudonym Challah Mummy. Her blog and Instagram page show off her intricately designed and flavored challahs (hats, baskets, crowns and hamsas; strawberry and blueberry, apple and cinnamon). She shares her skills through workshops—held both in her home several times a week as well as in primary schools—and fields frequent requests for special-event challahs.

“Challah braiding is a wonderful thing for children to learn,” Benitah says, “because it’s so satisfying for them to make something delicious with their hands from basic ingredients, and which they can take home and present to their families to enjoy.”

Rebranding the traditional weekly chore in the Jewish household as “good old-fashioned fun,” she refers to each blog post as an “adventure” in different shapes, bright colors and intriguing tastes. And she loves to indulge her creative side, with posts ranging from a challah that contains homemade elderflower cordial shaped into the word “elder” to one formed to look like a tree with bursting with ruby-red pomegranates and green leaves.

“Challah is fascinating to me because it’s something that has been made and presented a certain way for so many years,” she explains. “However, it is possible to become creative with it because it’s a versatile bread that can be enjoyed as part of a sweet or savory meal, and can be braided beautifully and hold its shape while baking.”

As with most avid cooks and bakers, Benitah finds inspiration through travel. “A favorite of mine is my wild garlic challah,“ she tells me. She developed the recipe after a family trip to East Cork, Ireland, where they foraged for wild garlic. The garlic was put to delicious use in a pesto, with which she stuffed her challah that week.

“It was the first time I had used seasonal, foraged ingredients to flavor my challah, and the result was magnificent,” says Benitah. “It was a real turning point in the culinary evolution of my challah design.”

For the fall, she created a challah filled with seasonal apple compote and which she serves warm. “It’s a simple combination but utterly delicious,” says Benitah. “It works best with apples harvested straight from local trees.”

On-trend, seasonal eating aside, it all comes back to family for Benitah. “My children are nearly 5 and 3. We cook and bake everything together,” she says. “We also grow a lot of our own fruits and vegetables from a very tiny concrete patch of a garden we have in central London. I try to involve them in meal planning, buying ingredients and the food preparation itself. They are much more likely to eat something if they have been involved in making it.”

She also firmly believes that challah-baking offers a welcome respite from the profusion of technology that accompanies modern parenting and family dynamics. “I think it’s so important to spend time with your children away from screens, actually engaging with them, talking to them and educating them about healthy eating. Cooking and baking together is a great way to do that.”

Something we should all strive for as “mummys”! 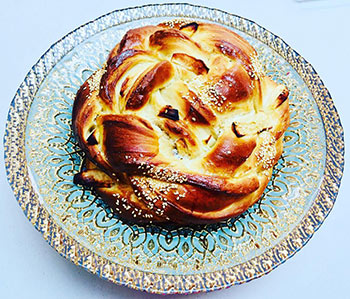 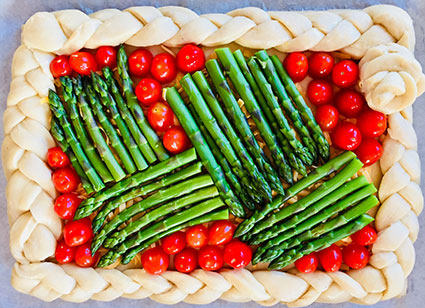