Profile: William Shatner
William Shatner has just gotten off the phone with a NASA astronaut at the International Space Station. “Think of it,” he says. “Gregory Chamitoff, Ph.D.

Profile: Yale Strom
East European Jewish culture is a breathing, living heritage to this musical artist and ethnographer, a precious inheritance to be celebrated and preserved. Yale Strom 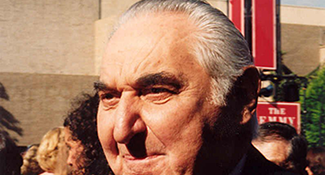 Profile: Fyvush Finkel
by Rahel Musleah
A familiar face to television watchers for his primetime portrayals over the last 15 years, this Brooklyn native was a star long before Hollywood discovered him.
Page 5 of 5«12345