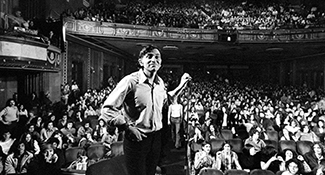 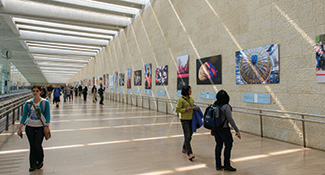 New Exhibit at Ben-Gurion Airport
by Esther Hecht
Visitors departing Israel from its main airport near Tel Aviv can view posters top science innovations in the yearlong exhibition “Israeli Discoveries and Developments That Influenced the World.” 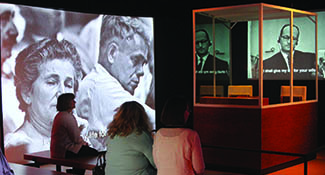 The Mossad’s Covert Capture of Eichmann, on Display
by Bob Abelman
A traveling exhibit tells the story of the capture and subsequent trial of Nazi officer Adolf Eichmann. 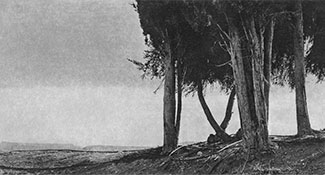 New Lenses on an Old Land: Photos of Israel
by Milly Ada Abraham
The story of Israel has been told—and retold—through photographs by photojournalists, artists, bloggers and even tourists. Yet French photographer Frédéric Brenner was sure that he 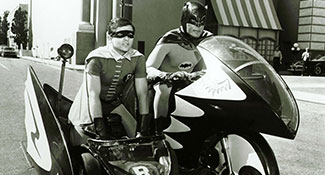 Radical Visions
by Elin Schoen Brockman
The exhibition’s opening image says it all. Vintage Streisand in an endlessly repeating 42-second video clip from her 1966 CBS special Color Me Barbra. Her 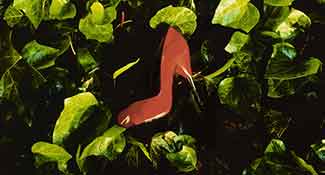 Film Noir’s Dark Legacy
by Joan Tapper
“The Noir Effect,” a companion exhibit to “Light & Noir” at the Skirball Cultural Center, reinforces the themes of the main exhibit by tracing noir’s 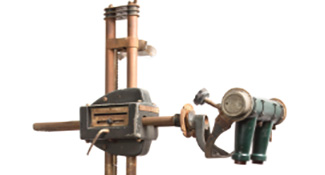 An Ancient City in Sickness and in Health
by Esther Hecht
Hadassah's contributions to the foundation of health care in Jerusalem are explored in this ongoing exhibit at the Tower of David Museum.
Page 1 of 212NEXT PAGE »