Books
In the Metaphor: Eileen Pollack’s Jewish Literary Fiction By Judy Bolton-Fasman Eileen Pollack is the consummate writer’s writer. She dismantles stereotypes and puts them back

Letters to the Editor
Gluten Insensitivity The recipe for Flourless Banana Chiffon Cake in the April/May issue (“Season to Taste: Why Is This Dessert Different?”) is misleading with regard

Editor’s Wrapup: Faith, Hope and Philanthropy
by Alan M. Tigay
Despite some signs—an uptick in the Dow, an unexpected corporate profit or two, lots of hope—the impact of the financial crisis continues to spread. In

President’s Column: Peace From the Ground Up
by Nancy Falchuk
Most of you have seen the corridors and waiting areas of Hadassah’s hospitals in Jerusalem. They are usually packed with patients and families, doctors and

Medicine: Specializing in Seniority
by Wendy Elliman
Hadassah is introducing a new model of geriatric care at its hospitals, bringing advanced services and research to Israel’s growing elderly population. We are living 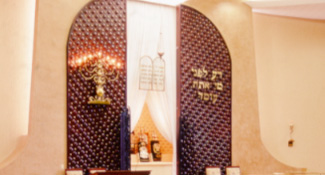 The Jewish Traveler: Panama
by Phyllis Ellen Funke
A bridge connecting Central and South America; a gateway between the Atlantic and Pacific Oceans—this nation of sparkling natural beauty and thriving commerce has a

Family Matters: A Flag for the Fallen
by Wendy Dickstein
Independence Day in Israel is a time for family celebrations and barbeques, honoring past sacrifices and festive parades. But most of all, it’s an opportunity
Page 1 of 212NEXT PAGE »