Macaroons and Marshmallows from Scratch for Passover

The funny thing about living in Israel is that those Passover staples ubiquitous in America are mostly unavailable here. In the enterprising spirit of Israel—which extends from high-tech startups to experimenting in the kitchen—and fueled by burning nostalgia, I developed my own versions of these treats. Now, my three children are the ones re-discovering coconut macaroon cookies and marshmallows every year, but made from scratch in my kitchen. Another favorite is the mandel bread that my mom used to ship to me when I was a college student at the University of Arizona—all the way from New Hampshire. My other go-to dessert recipes are chocolate-covered matzah and apple cake, which we eat for breakfast.

A definite plus to baking your own macaroons is playing with flavor combinations. I’ll be making chocolate chip, candied pistachio and walnut and double chocolate macaroons. 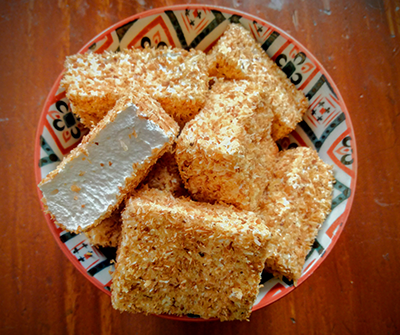 In improving upon the dense texture of the canned cookies, I maximized the moisture content, which creates a luscious quality to the treats. To achieve this result, 1 whole egg as well as sweetened condensed milk are folded into the coconut mixture. A hint of lemon zest brings out the coconut flavor—in the same way it is used to enhance the tang in cheesecake recipes—and a relatively large amount of almond extract makes a perfect counterpoint to the sweetened coconut. For the chocolate version, rum extract joins with the almond, giving the chocolate a nice zing.

As for the marshmallows, they are made with homemade toasted coconut—a step that takes minimal effort yet yields a rich, fresh, nutty taste. You need a good stand mixer to achieve the desired result—soft springy marshmallows that are preservative free. It should be noted that this recipe does use corn syrup, which some Ashkenazi Jews avoid during Passover.

To a healthy and happy Passover holiday, chag sameach! 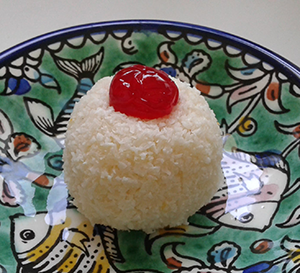 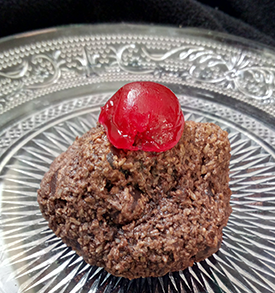 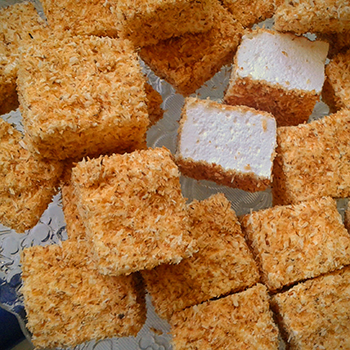 Note: To prevent ending up with a half-full bag of stale toughened marshmallows, store your marshmallows in the freezer in a zip-lock bag. Let come to room temperature (a few minutes) before serving.