Another Year of Awards for ‘Hadassah Magazine’ 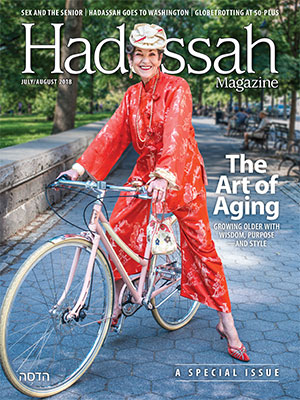 Hadassah Magazine has received three Simon Rockower Awards, the annual prizes for excellence in Jewish journalism handed out by the American Jewish Press Association (AJPA). The awards, for work published in 2018, were presented June 25 at the AJPA’s annual conference, held this year in St. Louis, Mo.

Hadassah Magazine has received a total of 14 Rockower Awards since award-winning journalist and editor Lisa Hostein began her tenure as executive editor of the publication in late 2015.

“The recognition of the work we do is always gratifying,” said executive editor Hostein. “It’s a testament to the talent of the magazine’s staff and network of writers who always strive to produce enlightening and meaningful stories for our large and loyal readership.”