‘A Taste of South Africa’ With the Kosher Butcher’s Wife

, is like experiencing a new frontier of Jewish cooking. Indeed, South African cuisine has a far more complex history and make-up than I ever realized. When I reached out to the celebrated food personality for more on her community’s foodways, Lurie described her native cuisine to me in this wonderfully romantic way: “Hunter-gatherer herbal infusions and indigenous foraged foods fold into the fermented glories of amasi sour milk from Nguni cattle kraals. Waves of European and Asian settlement are made manifest in Cape Malay clove and tamarind-rich delicacies, Afrikaner syrup-laden sweet treats and the fiery feasts of the Durban Indian Diaspora. Piri piri (a hot pepper) provides tantalizing Afro-Lusitanean (Ancient Iberian) influences.”

In case you were wondering, Lurie truly is a kosher butcher’s wife. A native of Durban, a coastal city with a small Jewish population, she moved to Johannesburg as a young woman to find an Orthodox match. Which she did, marrying Ian Lurie almost 40 years ago. His family owns the beloved Nussbuam’s kosher butchery shop and the adjacent Burger and Brew restaurant.

“Cooking kosher and being a South African are not mutually exclusive,” she tells me, introducing me to the concept of “KoshAfrica,” a descriptor she uses for the food shared in her new cookbook as well as her first two recipe collections: Cooking with the Kosher Butcher’s Wife

and Celebrating with the Kosher Butcher’s Wife

“South African Jewish cuisine is an exciting element within a magnificent mélange,” she writes in the new book, crediting the unique melting pot of her native land. “Created to honor the spirit and splendor of universal Jewish religious dietary laws, it has become seasoned with the landscapes, climatic conditions and cultural connections of a uniquely African identity.”

At the same time, Lurie still feels a pull toward traditional Ashkenazi fare. She divulges that a particular weakness of hers, as a meat and bread lover, is a bagel topped with biltong—South African cured beef—and “succulent roast beef on a thick slice of homemade challah.”

In A Taste of South Africa, Lurie often relies on traditional South African ingredients like sorghum flour, treacle syrup (similar to British golden syrup), rooibos tea and psyllium husks; however, substitutions can be made with more familiar products—and, in the age of globalization, you might be surprised to learn which of these seemingly exotic pantry staples are available online or in specialty stores.

But back to the cuisine and Lurie’s, you guessed it!, delicious focus on meat—most spectacularly in her slow-cooked meat recipes and an entire chapter on barbecue, known as braii in South Africa.

I was interested to learn that many of Lurie’s slow-cooked meat recipes utilize a charcoal grill to sear the meat before slow cooking it until tender. That method of searing had never occurred to me, but it sounds amazing.

Other recipes I would especially recommend: Eggy Challah Bread, a stuffed French toast that is Lurie’s daughter’s favorite breakfast; a luxurious vanilla and cinnamon tea compote with yogurt and brulé topping; Dutch pea and cashew nut soup; and delightful mash-ups like pastrami and olive cornmeal flatbread.

Those who like steak have many options here, including rib eye steaks in roosterkoek (the South African version of a pita) with red chimichurri salsa; and the health conscious will appreciate the many seeds and super greens used by Lurie in various soups and salads.

Overall, the compilation and storytelling in this book make for an interesting window into a Jewish community that still, even generations after its establishment, remains a mystery to many Jews who have never visited.

Here I am sharing recipes for sticky, slow-cooked ribs; biltong; and a milk custard tart, all featuring the unique taste of South Africa. 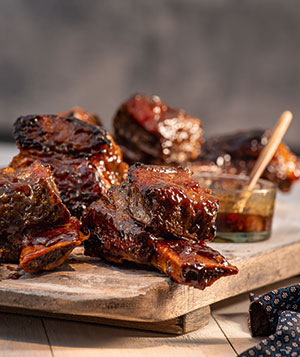 Whenever a South African says jislaaik (pronounced ‘yis-like’), it’s normally said with some sort of surprise. For instance in rugby, if a man scores a try by running from one end of the field to the other, avoiding all the other players, that’s jislaaik. Or if something tastes delicious you say, ‘Jislaaik this is good!’ 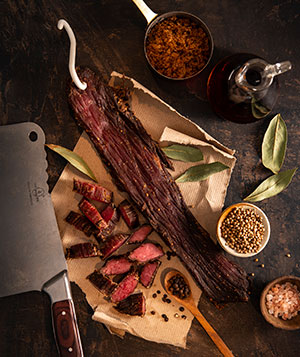 Biltong
This is the South African dried meat that has been around for centuries, some saying it is more addictive than crisps (chips) and nuts. What can this delicacy be compared to? Nothing!! It’s in a class of its own.

It’s quite normal to experiment a few times before you hear “this is the best batch you’ve ever made!” That recipe will become your best kept secret.

Although it may seem that you are buying quite a lot of meat to make this delicacy, it dehydrates and reduces to half its weight, and then after tasting it you may just wish you’d bought more! 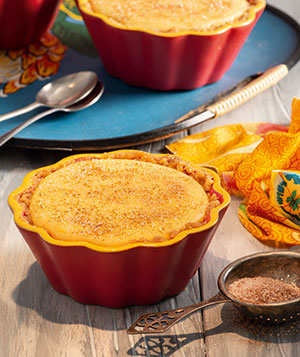 My grandchildren asked me to make them a melktert (milk tart), South Africa’s all-time favorite. Naturally, I couldn’t wait to get home and start baking. After cleaning out my storage shed I found recipe files and books going back 35 years. The page for this recipe was torn, but there was a handwritten note on top that stated “outstanding recipe.” What a find of hidden treasures that day proved to be. Best of all, the melktert was just in time for Shavuot, when we traditionally eat milk-based dishes. If you’re making a non-dairy version, ensure that the biscuits are dairy-free, too.