By Jessica Halfin May 2020
Email

“Your challah recipe is sooooo good.” That super-sweet message popped up unexpectedly on my phone from a long-lost sorority sister a little more than two years after I had shared it with Hadassah Magazine readers. Finding a solid challah recipe can take a lifetime of researching and tweaking, not to mention lots of experimenting in the kitchen to get the mechanics of kneading, rising, braiding and baking absolutely perfect. Because of all the tweaks, the exact origin of my recipe is a mystery even to me, but at this point, after seemingly countless baking sessions, I have it memorized, making it easy to whip up challah dough in no time.

I started experimenting with challah baking in my late 20s, after I got married. Unfortunately, I have no photographic evidence of those early attempts—they occurred before I had a smart phone, back when Facebook was for posting about your social life and not what you were eating for dinner.

It was after I learned to truly make bread properly in baking school that I took on the challenge of perfecting the ultimate Jewish carbohydrate. I have a clear memory of coming home from school one day and shouting through the closed bathroom door to my husband as he showered that I had decided bread baking could be my thing. 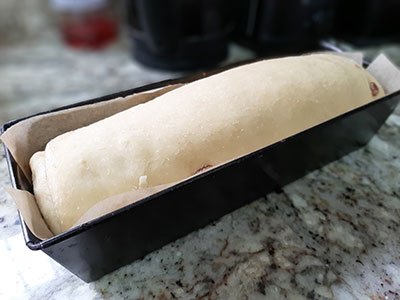 Ten years later, that may have been an understatement. I live, sleep and breathe bread. I watch videos on improving my sourdough while I get dressed in the morning; I listen to podcasts about baking while I do the dishes; I jot down any tips I hear on the internet; I feed starters day and night and let poolishes—an early kind of starter—bubble away on my countertop.

But challah—challah, is one bread that really keeps me on my toes while drawing me back to my heritage, over and over again.

The techniques of braiding, for instance, can drive any perfectionist insane. It takes constant practice to get it right, and pulling a perfect final result from the oven takes adjusting to the world around you: The weather and the seasons have a huge effect on the moisture content in flour, for example.

As I mentioned in my original post, coaxing out that perfect second rise from the shaped loaf, no matter how long it takes, is the only thing I have ever found to prevent the braid from pulling apart at the seams as it bakes. 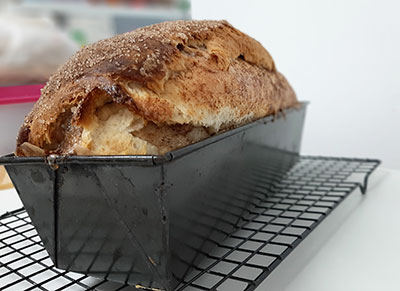 To this end, portioning out the dough and fashioning the sections into balls, strands and then simple knotted rolls makes for an easier alternative that almost always leads to stunning results. These “Jewish bakery rolls,” as I call them, always come out stunning and are great for sandwiches or used as hamburger buns. One batch of my challah dough will yield around 20, 3-ounce rolls. Leave them to rise until they start touching and crowding each other on the tray, before brushed them with egg wash and baking for 20 minutes in the oven.

But one tip I neglected to share in that original post is more of a confession than anything else: If you’ve got 12 to 18 hours to spare, or no desire to kill yourself kneading, challah dough can simply be mixed and left to rise for hours—no kneading required.

Another secret: Challah dough can be your go-to base for excellent yeasted breakfast breads and pastries.

Try my recipe here for turning regular challah dough into an irresistible Cinnamon-Swirl Raisin Bread. Whenever you want to make a loaf, simply throw together a batch of challah dough, using one half of the dough for your Shabbat challah and the other half for the cinnamon bread.

Enriched with raisins, rolled out to a rectangle, brushed with egg (i.e. baking glue) and sprinkled with cinnamon sugar that also tops the loaf, this dough transforms into a tender, lightly sweet breakfast bread that reminds me of the Jewish bakery bread I grew up calling babka. 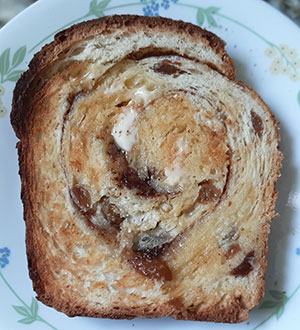