Family Matters: Extending an Arm
by Beth Kissileff
When my husband was let go from his job with a nonprofit due to downsizing, we were filled with uncertainty and terror for the future.

Brief Reviews: Promises to Keep, Debts to Repay
Films The Names of Love On the surface a romantic comedy about Arab-Jewish relations, French sociopolitics and the Holocaust, this charming film has characters chatting

Much Ado About More
by Joseph Lowin 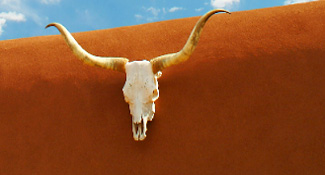 The Jewish Traveler: Santa Fe
by Esther Hecht
Ringed by mountains, Santa Fe is indeed “the city different,” as it has billed itself for nearly a century. This 400-year-old city is the oldest

The Arts: History on the Floor
by Esther Hecht
When the city of Lod decided to widen a road in 1996, archaeologist Miriam Avissar was called in. The construction was to take place near

Season to Taste: Bake, Broil, Blog
by Adeena Sussman
If anyone ever doubted that the Internet was the great equalizer, the ascent of food bloggers is proof positive. Gone are the days when food
Page 1 of 3123NEXT PAGE »