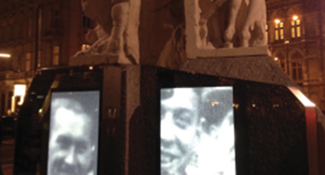 In Vienna, Missing No More
by Netana Markovitz
Artist Ruth Beckerman conceived of a way to complete the humiliating scene of a Jew lying face down scrubbing the floor, brush in hand, by including looped video… 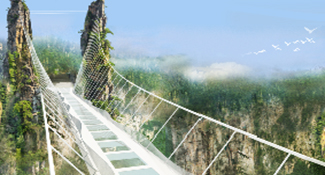 A Bridge Between Heaven and Earth
by Esther Hecht
The 1,300-foot bridge in Zhangjiajie Grand Canyon in Hunan Province is at a dizzying height of more than 1,000 feet. 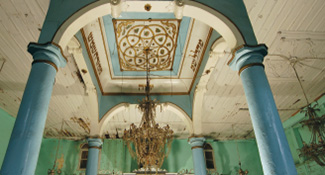 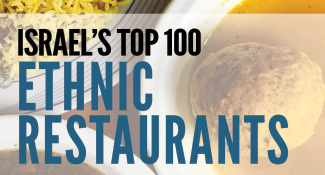 Tech-Travel Tools Translate Culture
by Adeena Sussman
by Adeena Sussman
World Jewish Heritage, which aims to combine the resourcefulness of Tripadvisor with the importance of Unesco, will be a continually updated hub for Jewish cultural information around the… 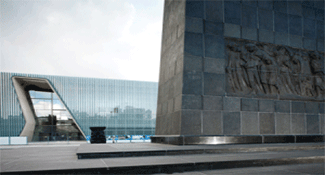 Cut & Post: News from England, Poland and Canada
Our Jewish Savior The Hebrew Hammer is back. Mordechai Jefferson Carver (Adam Goldberg), the Orthodox Jewish leather coat-wearing, payes-sporting superhero of the 2003 Jewsploitation film The

Cut & Post
Return Trip  Centuries after the dark days of the Spanish Inquisition, a descendant of a family forcibly converted to Catholicism has returned to the country
Page 2 of 3«123NEXT PAGE »